The death of Viserion was the most emotional scene for every Game of Thrones fan and Drogon screaming in vain while seeing his brother fall after being hit by a spear from The Night King, scared the shit out of the viewers. While, before this episode, everybody mourned the death of Hodor, Viserion’s fall just took our grief to a whole new level.

Drogon was devastated when his brother Viserion died. Please protect him at all cost 😭🐲 #dragonslivesmatter #GameOfThrones pic.twitter.com/J8kziEHtak

In the next episode, we expect Daenerys Targaryen and Jon Snow to face a challenge that they are still not aware of as The Night King has resurrected Viserion and now he is no longer the same fire-breathing dragon. But is now even more dangerous.

This was painful to watch. Viserion deserved better. pic.twitter.com/xHbdYsFOL2

Apparently, George RR Martin, in his novel ‘The Ice Dragon’ (1980), described an earlier version of the World of Westeros. The story features a little girl who goes by the name of Adara and is born into the longest winter that anyone can remember. She seems to be a bit different than other as her skin is cold and she has no ability to laugh or smile. But she loves snow and is friends with an ice dragon.

When fire dragons come to destroy her village, she and her friend, The Ice Dragon, fight with then and despite the fire breathing monsters being in multiple numbers, the Lone Ice Dragon defeats everyone before succumbing to his injuries and dying.

The point is, Ice Dragons are bigger and stronger than the dragons of Valyria, and have ice crystal wings as well as the big blue eyes, just like we saw when Viserion was resurrected by the Night King. 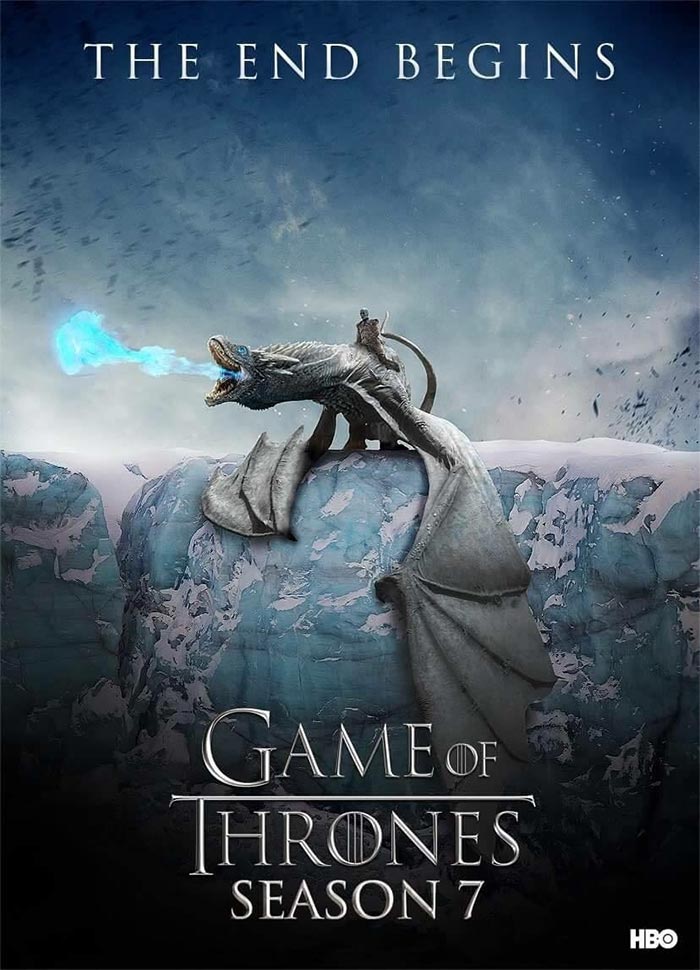 Now, this is something Dany and Jon should know as they are planning to destroy the Night Walkers but someone needs to send a raven and tell them about what is waiting for them behind the wall.

However, they are busy in the newly found love angle but there is no time and they need a way to defeat the Ice Dragon because otherwise, they both will be fighting for a lost cause.

Wait, Samwell Tarly has just left with a lot of scrolls and is heading towards the Great Wall, maybe he has something that can help Daenerys Targaryen kill his child (*emotional*) as Ice Dragons are not invincible and they supposedly melt when slain. But how is this gonna work, this is a question that needs to be answered!!