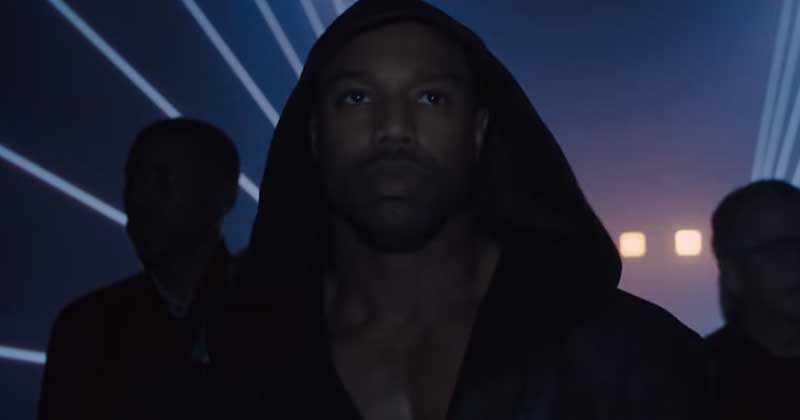 Rocky has been one of the most popular franchises in the history of films, so when a reboot came to the theatre, it was bound to go big. And, big it went. Creed, released in 2015, was an instant hit with Michael B. Jordan slipping into the role of Rocky’s legendary foe, Apollo Creed’s son. The role fit like a glove; the actor was a swole, slick and ferocious foil to Sylvester Stallone’s weathered Rocky. However, no one thought that even this one would be turned into a franchise until they saw Creed II trailer.

The trailer dropped yesterday and features a new and interesting storyline for the masses to take in. Michael looks ah-mazing in whatever he does and the same goes for this one.

As per the synopsis shared by the makers with the Creed II trailer, this time Adonis Creed (Jordan) will be up against the biggest challenge of his life and he will be facing an opponent with ties to his family’s past. He is preparing for a fight against Vitor Drago (Florian Munteanu), the son of Ivan Drago (Dolph Lundgren), the villain of Rocky IV. Drago was the same man who killed Adonis’ father in an exhibition match 30 years ago.

There’s so much to look forward to in Creed II and if that isn’t enough, Creed II trailer shows Jordan prepping for his big fight, with Kendrick Lamar’s DNA in the backdrop.

Much like Rocky, Creed II has been written by Sylvester Stallone and it’s produced by Ryan Coogler. Both Ryan and Michael have worked together on a number of big projects like the original Creed and 2018’s mega-hit Black Panther. As for the direction, Steven Caple Jr. has been roped in for the role. Tessa Thompson returns as Michael B. Jordan’s love interest.