Caitlyn’s out of the closet

“If I was lying on my deathbed and I had kept this secret and never ever did anything about it, I would be lying there saying, ‘You just blew your entire life. You never dealt with yourself,’ and I don’t want that to happen.” Not many people can claim to be living two lives in a lifetime, but this woman surely can. 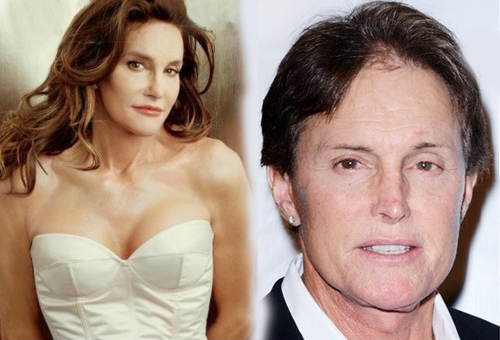 Caitlyn Jenner, a woman, who up until a few days ago didn’t actually exist, has now broken the internet. Who is she ? lets have a closer look.

Born, as William Bruce Jenner on October 28, 1949 he always knew something was’nt right. As a little kid of about 7 or 8, he always suffered from issues of gender identity. He would sneak in and dress up in his mom and sister’s clothes from time to time. Growing up as a boy, he was fighting many internal battles so he used sports as a medium to distract herself. A former college football player, Jenner came to international attention as a decathlete, winning the gold medal in the men’s decathlon event at the 1976 Summer Olympics in Montreal, and setting a world record not beaten until 1980.

Father of 6, Jenner had 4 kids from his first 2 marriages and 2 daughters, Kendell and Kylie from his third marriage to Kris Jenner,58, that lasted for about 23 years until they decided to go their separate ways last year. Both of them blame each other for the divorce saying that their was ill treatment and lack of love from the opposite side.

After his separation from wife Kris, Jenner took some time to revaluate his life. He realised he was tired of living a lie and now finally wanted to put an end to his misery by coming out in the public telling the world, that he is a transgender woman.

He broke down the news to his family the first. Talked to all his kids and step kids separately and individually. The kids had a clue that something wasn’t right with their father but no one was prepared for such a news. They shared incidents like how they would find make-up in his room and thought he was having an affair at one point but they didn’t mention it because they didn’t want their parents to break up.

Kim Kardashian, Bruce’s stepdaughter, mentioned in an interview that she saw him a couple of times, dressed as a woman but didn’t say anything because it was too much for her to digest and comprehend. But now, years later, things are clearer.

He always had these feminine traits that he had to hide from the world. He would paint his toe nails but wear socks around the house so that his family couldn’t notice her feet. He did such little things here and there because they made him feel normal and happy. It was frustrating for her to be around so many woman at the same time who would do girly stuff and didn’t have anything to hide from the world. The worst days of his life were the days he had to take a haircut. Cutting his hair would crush him and he absolutely hated it.

After living 65 years of your existence, it is a monumental and life changing decision to take. She thinks it may be her greater calling in life. Setting herself as an example, she wants to help not just the trans gender community but also the normal people of society to become more tolerant and accepting of differences.

In an interview with ABC’s Dianne Sawyer, Bruce opened up about her personal life and how the biggest fear he had before coming out was hurting the ones he loves.

But its worth admitting, that the repercussions of this courageous steps have been immense. After the first image of her Vanity Fair cover came out, Many celebrities took to social networking site, twitter and tweeted their support for Caitlyn. Lena Dunham, Anna Kendrick, Tyra Banks, even Barack Obama have sent out tweets admiring her courage and encouring fellow people of such communities to not be afraid of being themselves. Now Caitlyn can truely be free. Even at 65, she has been born again