Home Entertainment Hollywood 2019 has already begun in a pudgy way for music-fans as Madonna... 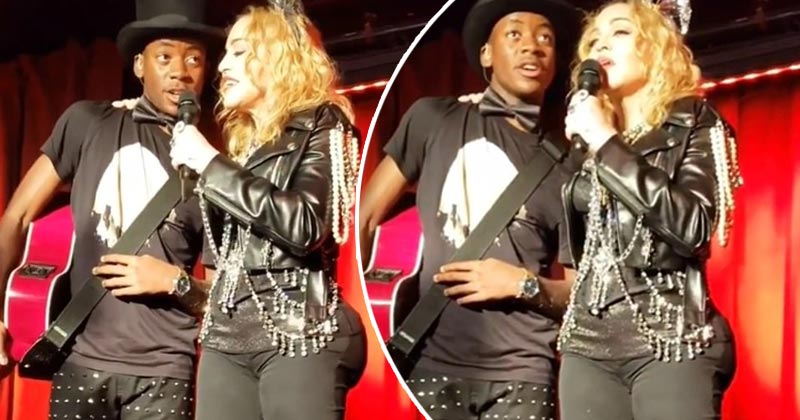 Fake news is everywhere. Fake kisses are what you exchange where the cheeks don’t even touch but the peg on the cheeks happens or has to happen as, the ‘God, it was so lovely meeting you,’ tend to bring a conversation or a meet to an end.

Fake dreams are what we see when we remain oblivious to life and what it takes to make something special out of it, only to put our heads on the headrest and doze off.

There’s fakeness in the way some people conveniently forget their mother tongue and take to some accent that may actually be begging them- had it been a living being- for it to be dropped.

And then, finally, of course, how can our regard for the great Kardashian ever recede or fade out, there’s something fake about Kim’s hellishly hot structure- no?

Perhaps, it may not be wrong to suggest that when the discussion shifts to Kim Kardashian, of all things, then, perspectives become adjectives or about throwing adjectives- isn’t it?

Having said that, what appears to be rather adjective worthy for it’s shamelessly fake and for good measure at this point in time- in the world of music- is the subject of Madonna’s bums.

If you are actually confused as to what might have happened there, then you needn’t worry. Here’s the fact.

Below is one such image that talks of Madonna’s bums, these are, as they are saying fake bums.

In a world, it ought to be asked, where, as it is, there’s hardly any dearth of things and even people who are fake, how on earth, therefore, people find time to appear with a fake derriere?

In fact, why should artists as talented, no, mega-talented, highly-successful and ostentatiously decked with success and recognition need something as silly as fake behinds?

In presenting herself the way she did, the famous, rather ‘ageless’ singer- a true, iconic Brit Music idol- Madonna left nothing to the imagination with her behind actually appearing a bit protruding than those who get strange lip jobs done.

Having said all that, the funny thing regarding the ‘Like a Virgin’ singer was that while people were hooked onto the show that was taking place at the famous Stonewall Inn, in NYC, the singer, who would make news soon after, appeared suddenly amid the highlight of that American evening.

In so doing, she did leave a few hearts pounding now didn’t she? What do these cuddly nice jackets and hangovers mean, we would get to know and must we, for it’s Madonna, at the end of the day. Thankfully, then, that we weren’t there in person attending the concert; who would’ve taken the time off Madonna and of course, from the ‘rear end of the picture!?’