Home Entertainment Chances Are, There May Not Be Another Reality Show Like Britain’s Genderquake 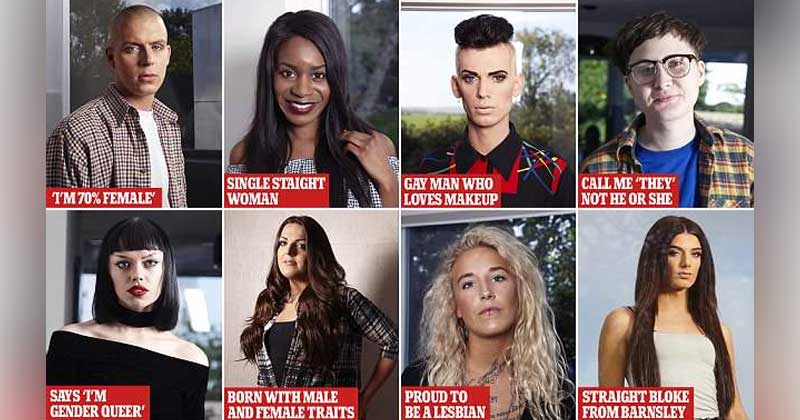 Reality shows are usually a distinct world away from the morose of soapy dramas. Fresh subjects spun around a central plot with real people in real situations- that’s the usual mantra. But what if a Reality Show was real enough in depicting a dominant trend of our times? You’ve seen reality shows on models and celebrity culture. You’ve seen reality shows based on scaling one’s creative potential. But you haven’t seen a reality show entwined by an eclectic mix of real people with real ‘stories’ about their ‘gender preferences’. This isn’t getting in the way of disrespecting LGBT community.

It’s something completely different, out of the ‘out of the box’ quotient and a facet, hitherto less seen on television-space. In fact, let’s strike that off immediately. You haven’t seen other shows that have people narrating their stories based on gender-situations that they are in, exploring their ‘real’ sexual identities. Have you? If you haven’t and chances are you may not have- then Genderquake is going to give a breather of fresh air.

Forget dancing, music, songs and all that hilly-billy. Genderquake, Britain’s and effectively-world’s first reality show is based on young people telling their experiences based on gender-realities that they would not be able to confess, tell, re-tell in normal situations. Bunked in together at a singular location- this is the Big Boss of an interesting debate of our times. Consider this. For instance, a woman who was born a man! Complicated? Another one- a dancer who was born male but is in fact, 70 per cent female! The interesting situation Genderquake explores regarding myriad realities of beautiful talents from a vantage-point is something no other show, on date, has.

A group of volunteers have taken their stance on sexual preference whilst moving in a house together. The only parallel to other shows- not on the same theme, though- is that there are cameras recording their conversations. You could say, it is like Big Boss yes, but takes the element of evictions away. Young, affable, bright-minds with polarised views on things in life that mean something to them and things that affect them. Note- everyday people but with the distinct reality of being utterly comfortable in being the skin they are in. There’s no snake skin-shedding. In the show, you are introduced to a mix of realities people are dealing with, with reference to their own presence and personalities with the world in backdrop. Someone had a chromosomal disorder and someone else opened up about his real feelings of being a ‘her’ in mind to parents at a young age.

Their worlds aren’t necessarily stuffed with sugar-coated feelings or happiness. Seen as strangers and perceived ‘unusual’, they have had a hard time for no fault of their own. Perhaps, the world has always had a problem with too much colour or too many digressing narratives that do not run in parallel to its own. Isn’t it? But perhaps now, with a show like none other, Genderquake is going to amicably address that issue.