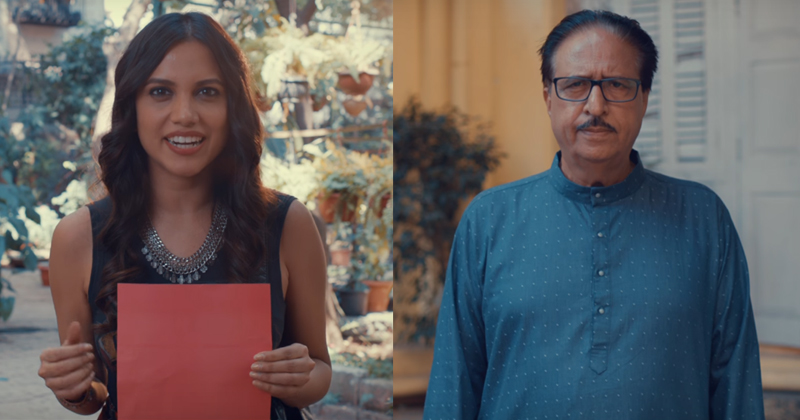 Some super creative advertisements have started circulating on all our social media accounts which basically advertise for a new start-up, NestAway Talkies. They’ve started pointing out issues that some landlords expect or not expect from their tenants. While they first came out with advertisement where bachelors were not given the place or someone who is non-vegetarian won’t be given a house in the shuddh-desi household.

The company sells the idea of looking for houses online through their own website where one can simply select their preferences while looking at their choices.

There recent addition to some groundbreaking advertisement is that of a so-called ‘Sanskari Nari’ in Indian society. While many are considering it to be an appropriate depiction of how we girls are being treated by the society and judged by them on some mortality grounds, some are sharing their own stories of how they’re not society’s Sanskari Nari.

You need to see these tweets by people on twitter to understand all the ups and downs that one has to go through in order to achieve or abandon the epitome of being a ‘Sanskari Nari’ with their #SanskariNari.

Check them out here:

“You have take-out food in your fridge and alcohol bottles in the garbage. You are not #SanskariNari so I will cheat you.” – The Bai panel.

Can we talk about how maids treat women employers differently? Bachelors are babies to care for. Single women have to be #SanskariNari.

Does a #SanskariNari
Always wear a sari ?

Preparing the family retiring + job in city + want to be safe travelling story so potential landlords can judge me #SanskariNari.

#SanskariNari because building uncles are always giving death stares whenever your male friend drops you home.

If misogyny can exist #SanskariNari too! Believe it or nt dekhne ka nazariya hota hai.A woman wid tattoos is as sanskaari as men's ego.

“You have tattoo? What will your future husband say?” – Landlord. #SanskariNari always considers men’s views, even men she doesn’t know yet.

no dating, no boyfriend, no swiping right on tinder, no sex.

Will never be a #SanskariNari because i have temper issues! That is i get angered when someone is being stupid or sexist! ?

I love it how some guys are ok with any trends but a woman centric trend like #SanskariNari bothers them. Shows the lack of empathy

Went house hunting with a friend once, and he insisted I dress up like a #SanskariNari else the landlord will get 'ideas' about us.

Aunty: your daughter is not a #SanskariNari. Talks back so much!
Dad: she's a national level debater. What did you expect?
Me: lmao dad.

Being a #SanskariNari , I cuss very respectfully. I replace Teri with Aapki.

I refuse to live life according to the rules laid by my parents,family,in laws and/or husband. And thats why i'm not a #SanskariNari