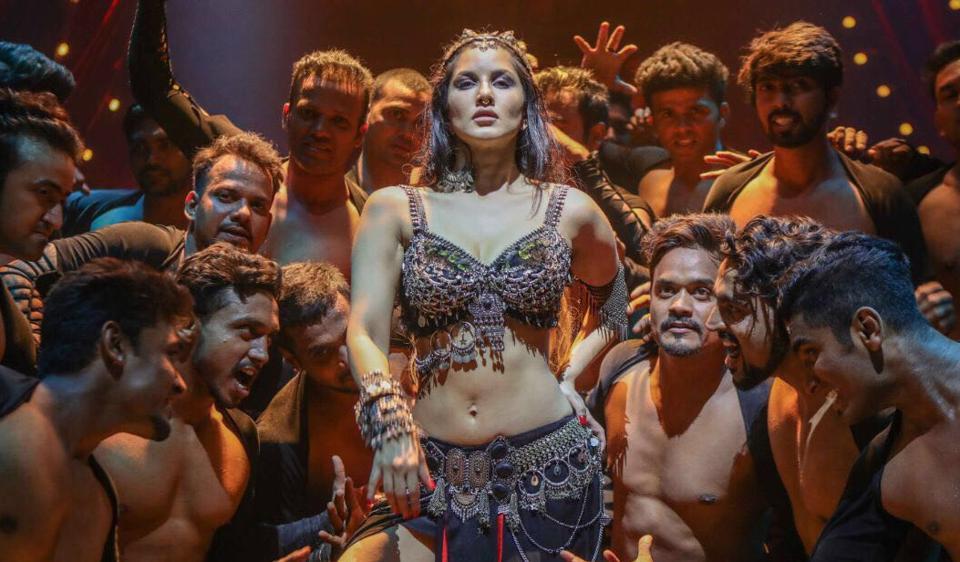 Trippy Trippy from Bhoomi features Sunny Leone in her glamorous avatar with some weird dance moves.

The first song from Sanjay Dutt’s Bhoomi has finally arrived and Trippy Trippy has got Sunny Leone grooving and looking all sexy. Trippy Trippy does have beats and music that make it come off as something really tripping, however, it has been mixed with Bollywood’s all time favourite wow moments.

The Trippy Trippy video starts off with Sunny Leone all covered in mud, who is later been washed, too much hotness to start off the video with. Later it went on to become a peppy dance number that would definitely make its place on dance-floors this season. However, there’s one really funny thing in the dance and video that is the dance moves. They are quite something, to say the least. A look at the video and you’ll get what we’re trying to say.

The lyrics of Trippy Trippy also have got Sunny talking about Hickeys, which is one of the many wow moments in the video. Apart from this, Magic Moments is the sponsor of Trippy Trippy video which could be noticed quite more than few times.

Bhoomi is directed by Omung Kumar and it is slated to release on 22nd September 2017.