Home Entertainment Bollywood This Spoof Of Aamir Khan’s “Dangal” Trailer Is Based On The Cheapest... 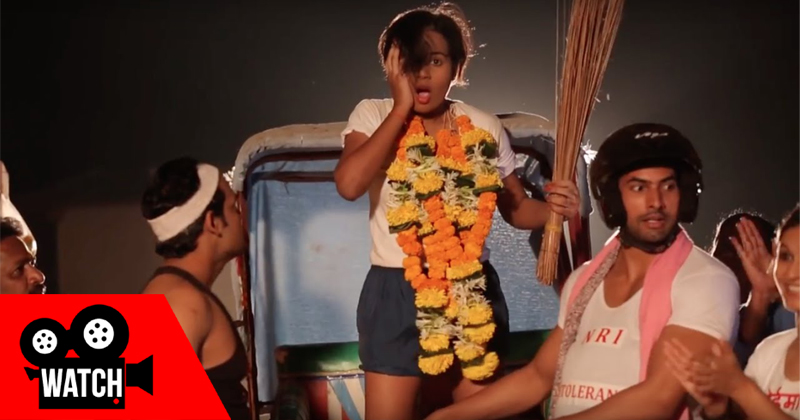 It won’t be wrong to say that Aamir Khan’s “Dangal” is one of the most-awaited Bollywood movies this year. There are just too many things that we are waiting for, like, an inspirational story, women power and the movie being based on a true story. Dangal would be releasing very soon and it might work its magic on the people.

However, this spoof of “Dangal” is something that you should see right now. It is a political satire playing on the grounds of “Dangal” trailer. The spoof definitely touched one of the most talked about and controversial topics in the country, this year. The story line of “Dangal” spoof works as Aamir Khan’s character wants to be the controversy king of the country, however, others like KRK, Poonam Pandey and Rakhi Sawant are some of his biggest competitors.

Now, he’s training his daughters to sit on the chair with ultimate powers and rule the controversies in the country (because that’s what our politicians do these days). The video is hilarious and is based on some of the most Cheapest Controversies in India (which is so true). “Dangal” trailer spoof hits the current political scenarios in the country, in the funniest way possible.

We are thinking, what Aamir Khan would say on it?