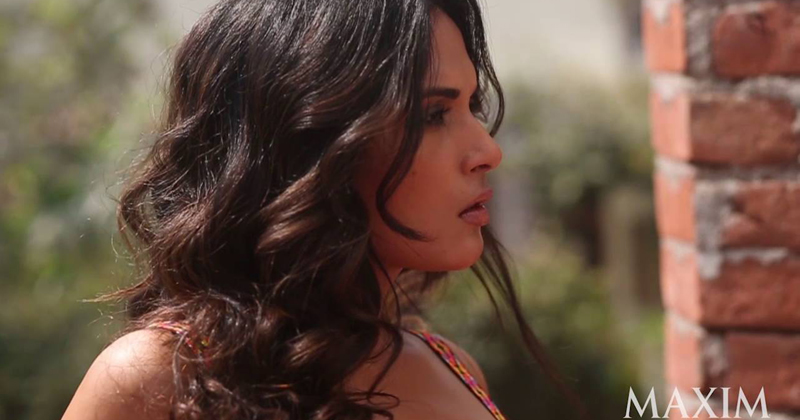 Richa Chadda will next be starring in her upcoming movie Cabaret as a glamorous cabaret dancer and it seems she wants to sizzle a bit more than that. Richa apparently did a photoshoot for Maxim magazine, India and her looks are to die for.

We will suggest you to hold your breath before watching this dripping hot video of Richa as she is killing in her every pose and costume. She looks sexy, hot and sensuous. Richa Chadha is known for her acting skills as she has displayed some of her best acting in Gangs of Wasseypur and Masaan but she is also known for her wit. She surely knows how to get temperature soaring high and that is what she is doing in this photoshoot.

Before you watch this video, you may want to turn on your Ac.

Too hot to handle, isn’t she? Well, the glamorous actress will also be seen in Sarbjit as Randeep Hooda’s wife. Her next film Cabaret will hit the theaters on 27th May.

The versatile actress is now busy in shooting an Indo-American film titled ‘Love Sonia‘ which is produced by Life of Pi and Slumdog Millionaire fame David Wormack.