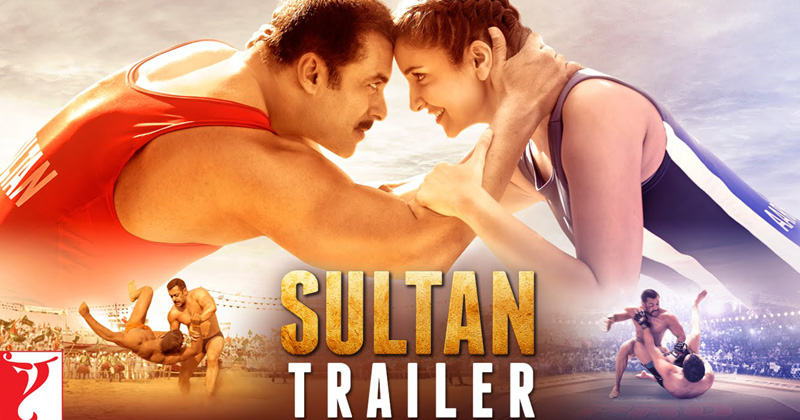 First things first, I am a big fan of Salman Khan, so much so that I don’t even need him to act in a movie and I would still vouch for it. If there is acting involved it’s just a bonanza for me. The fact still remains that I am the greatest critique for people I love; ask my sister or my husband for that matter.

This brings us to the release of the trailer for Salman’s latest movie “Sultan”. The first look of a very well-toned back and the larger than life face on the wrestling field which looks hot and dusty doesn’t make me go all ‘O La La’. In fact what it does hint at is a remote likeliness to Aamir Khan’s next – “Dangal”. Now why would any publicist want to make a first impression which looks like a rip off?

I play the video further and there comes Anushka Sharma in all her tall and lanky glory on to the wrestling arena. The plot becomes clear here, two wrestlers would make a good couple. So, we now have sports and romance. Wait another 15 seconds and there is defeat of some kind which the protagonist suffers as part of his wrestling career and regrets it; the defeat, not the career.

The shot takes Sultan from a Village in Haryana (presumably) to New Delhi where he is shown being introduces to a new age fighting arena. We can hear Randeep Hooda in the background commenting on the now paunchy, freestyle wrestler not being suitable for this new style of fighting meant for young blood. Then they show Salman training and achieving a lean physique a la “Brothers”. Why so many ‘I have seen that before’ moments Mr. Zafar?

What we can really expect out of this movie is some good acting out of the trio of Salman, Anushka and Randeep. The story may be a mashup of hit movies we may have seen in the past but I’m keeping my fingers crossed that Mr. Ali Abbas Zafar would definitely have presented a new angle to it. We must look out for Anuska’s almost perfect accent and Randeep’s tough task master image.

Salman as always looks promising in the training, action and song sequences.
The lyrics in the latest teaser are definitely catchy – ‘Upar Allah, neeche Dhartee, beech me tera Junnon!’ We may applaud Irshad Kamil for these words.

This being Salman Khans second movie under the YRF banner, expectations are high. We look forward for a strong storyline and all essential YRF elements from Sultan.

See you at the movie halls. Till then, keep liking and sharing and spread some love.