Home Entertainment Bollywood Sonu Nigam Has The Most Amazing Response To Al Quaderi’s Fatwa Against... 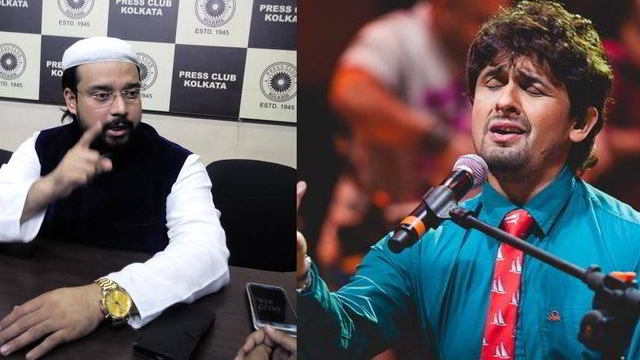 The recent Sonu Nigam controversy of Azaan and loudspeakers and religion and forced religiousness is not going to die soon, like other things that celebrities say. As it includes some of the most complicated topics that our country is dealing with. Every new day brings in a new person who takes his side or takes a jibe at him. First, Pooja Bhatt then Wajid Khan and many other people from the film fraternity came out, due to which Sonu Nigam finally answered on his Twitter in the baddest way possible.

His reply shut the doors for all the comments that took his rant in the wrong direction and went out with claiming him to be against Muslims and a particular religion. However, Sonu Nigam cleared out everyone and said that his statement was not against any particular religion but against the usage of loudspeakers. He also said that he did mention temples and gurdwaras too.

And dear Everyone, for those who are tainting my Tweets anti Muslim, tell me 1 place where I have said anything related, & I'll apologize.

When I am talking about Loudspeakers, I did mention Temples and Gurudwaras too. Is it that hard to comprehend? Loosen up guys.

But something more drastic has come out now, Muslim leader and West Bengal Minority United Council vice-president Syed Sha Atef Ali Al Quaderi has issued a Fatwa against the singer. “If anyone can shave his hair, put a garland of old torn shoes around his neck and tour him around the country I personally announce an award of Rs 10 lakh for that person,” said Al Quaderi, who claims himself to be the 35th descendant of Holy Prophet Mohammed.

Al Quaderi also went on to say that, people like Nigam should be driven out of the country as he has no right to stay in a country like India which is democratic and secular. He also said, “More than the namaz people are disturbed by the cacophony from his music studio and during his concerts.”

Now, over the course of this controversy, we all have realised that Sonu Nigam is not someone who simply shuts up and hide in a corner due to some threats. He tweeted back and said that if this not “religious gundagardi” then what is and he’s also ready to shave his head at 2 pm today and that Al Quaderi should keep his Rs 10 Lakh ready. Sonu Nigam has also invited the press to the event.

Today at 2pm Aalim will come to my place, and shave my head. Keep your 10 lakhs ready Maulavi. https://t.co/5jyCmkt3pm

And Press is welcome to participate at 2pm.

This is some high-quality answer to a threat like this fatwa that curtails the basic right to express and take the entire issue out of proportion. Now, we just can’t wait for 2 pm and Sonu Nigam’s decision with 10 Lakh. As per us, how amazing would it be that he takes 10 Lakh and then donate the same money to poor people?