Home Entertainment Bollywood “Simran” Teaser Does Something Brilliant With The Art Of Presenting Films To... 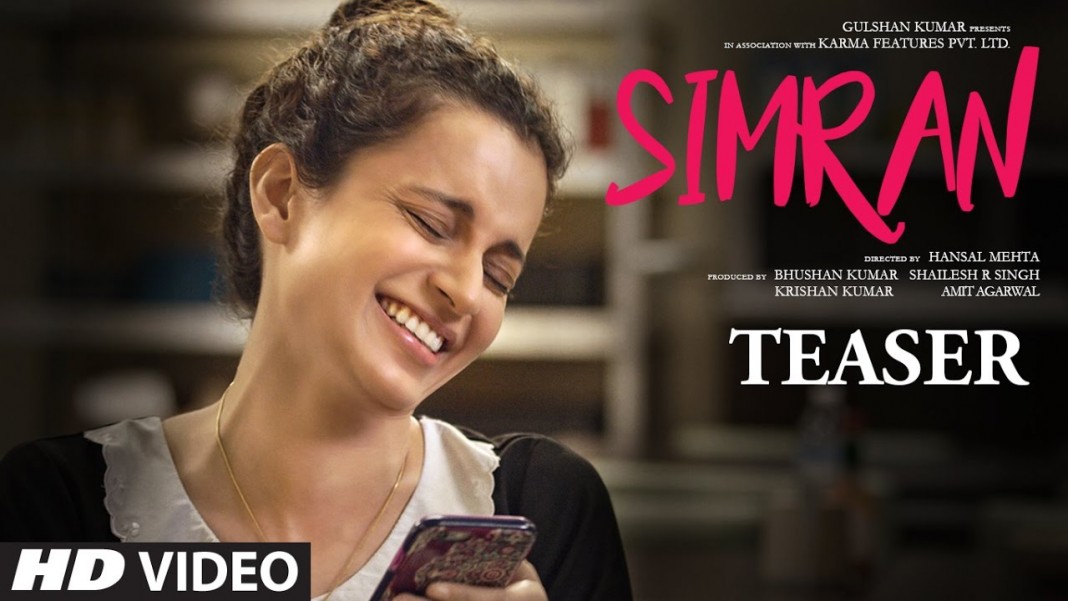 “Simran” Teaser is nothing short of a peak inside the cutesy yet complicated life of Kangana Ranaut’s new character.

The much awaited “Simran” Teaser is here and Kangana Ranaut has yet again delighted her fans with something different. Even though this one-minute-long Simran Teaser offers not even a single detail about the storyline of the film or a dialogue, for that matter, we can’t fail to notice the transition with which Kangana’s character goes through.

Everyone knows that Kangana Ranaut can brilliantly carry an entire film on her shoulders and this Simran Teaser is another example of that. Kangana can be seen trying a lot of wigs and jumping around here and there, and if you look closely, her love interest, Sohum Shah, can also be spotted in the initial seconds of the teaser.

“Simran” Teaser brilliantly portrays the sweet and chirpy character of Kangana Ranaut in the film, without even giving away a dialogue, which is something very few can do. From Desi weddings to new in the US, Simran will probably have everything we want, with Kangana by its side. Along with acting, Kangana will also be given writing credit for Simran.

“Simran” is directed by Hansal Mehta and will hit the theaters near you, on 15th September 2017.