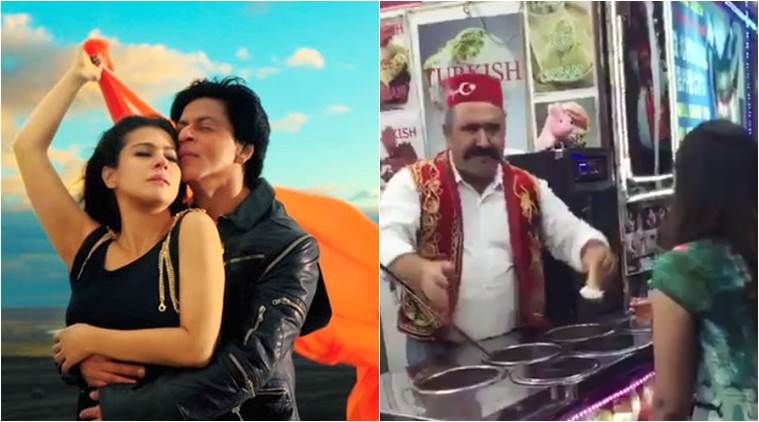 Okay, let’s admit that no matter how much you love Shahrukh Khan, Dilwale has to be a shitty movie. However, Gerua from the movie was praised by many, for which SRK, Kajol and Diwale team had to go through some pretty serious climatic conditions. One of which was Iceland and its deadly cold.

Because of all those hardships, Gerua end up featuring some stunning and absolutely magnificent visuals. But when Shahrukh saw a Turkish Ice Cream vendor selling his Ice Cream, he started questioning the entire hard work.

Bollywood’s King tweeted out a video on his Twitter and wrote, “Would’ve shot Gerua with ice cream instead of going to Iceland had I seen this earlier… Awesome!”

Would've shot Gerua with ice cream instead of going to Iceland had I seen this earlier… Awesome! pic.twitter.com/usmNgu7LDG

Turkish Ice Cream vendors have a pretty unique way of selling their ice-cream which is now their USP. Now, you don’t even have to visit Turkey in order to see the action live, you can very well catch it live in your own city. Many are taking the concept out from their country to make the world taste it.

In case you yourself want to have a taste of this Ice Cream show, you can head out to a popular mall in Noida which does have a Turkish Ice Cream seller.