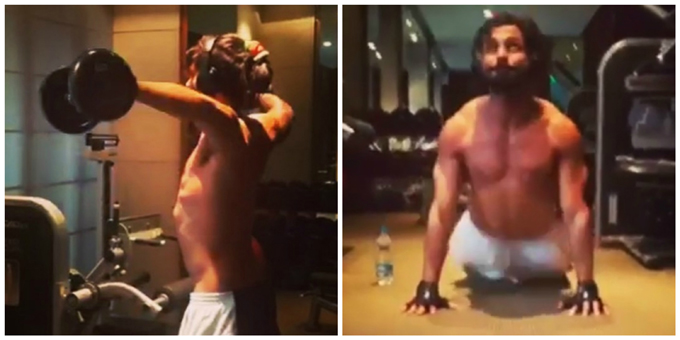 Shahid Kapoor was initially a chocolate boy when he debuted in ‘Ishq Vishk’, even then he had us falling head over heels for him. Over the time, he had improved a lot and his journey from a chocolate boy to a handsome hottie is remarkable. With his unimpeachable performances in Kaminey, Haider etc. he had us in awe for him.

I have always been a Shahid Kapoor fan and I always felt that he was one of the most underrated actors ever. For me, he has always been a star even when his movies fall on the box office and with his several last performances, he compelled everyone to believe that he is a nuanced method actor.

Now this hottie is all set to rock the screen as Tommy Singh and for this character he has gone an extra mile. Shahid already said that he is very passionate about this character and you can clearly see every part of his sheer efforts in the trailer and soundtracks video, but that’s not all.

Shahid has posted a series of intense workout videos on Instagram and that is how he achieved the perfect ‘Tommy the rockstar‘ look. He is working out like a beast in these videos and OMG! You will be stunned to see the level of hotness.

Check Out These Videos Here:

Tommy prep. Tommy got back.