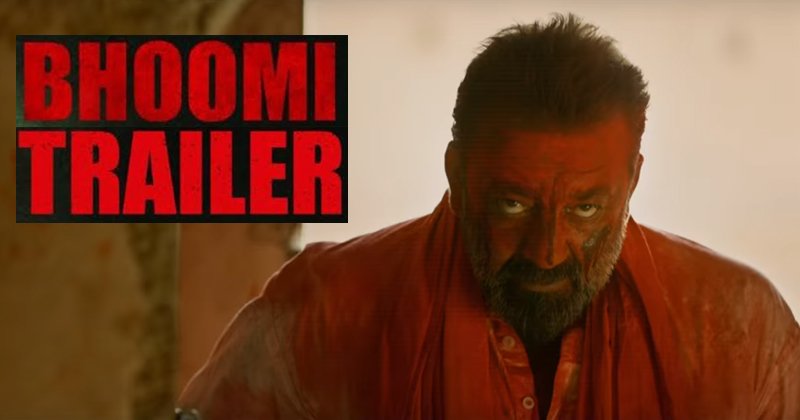 Bhoomi Trailer is here and it shows both Sanjay Dutt and Aditi Rao Hydari like never before.

Sanjay Dutt’s most-awaited movie, Bhoomi’s trailer just dropped and let me clarify that this film is going to change it all for Sanju Baba. Dutt’s craze has always been larger than life, which is why his fans were eagerly waiting for him to be on the screens, after his trial session in the Jail.

However, let’s get back to Bhoomi. The film tells the tale of a father-daughter duo who are each other’s everything, but one incident changed it all for them. Hydari got abducted and molested by Sharad Kelkar, who plays the role of a sleazy man. After this, Sanjay Dutt turns into a vindictive father who goes all out to punish the man behind her daughter’s molestation. One great thing about Bhoomi is that Aditi Rao Hydari has not been made the damsel in distress, in Bhoomi. She also plays the character of a strong woman who is also fighting these villains with all her power.

Apart from playing the role of a Desi and Bollywood-ised version of Taken’s Liam Neeson, Sanjay Dutt has also been shown as an alcoholic which brings him out of the black and white character notion. He has been portrayed as a father who loves her daughter, yet is an alcoholic and a mess, a perfect grey character.

Sharad Kelkar in Bhoomi plays a very wicked character and comes out to be a strong bad guy for the film. Apart from Kelkar, Bhoomi also has Sidhant Gupta and Shekhar Suman, who are missing as of now, from the trailer.

Directed by Omung Kumar, Bhoomi is slated to release on 22nd September.