Home Entertainment Bollywood Salman Khan’s Latest Project Might Surprise You A Bit But Would Leave... 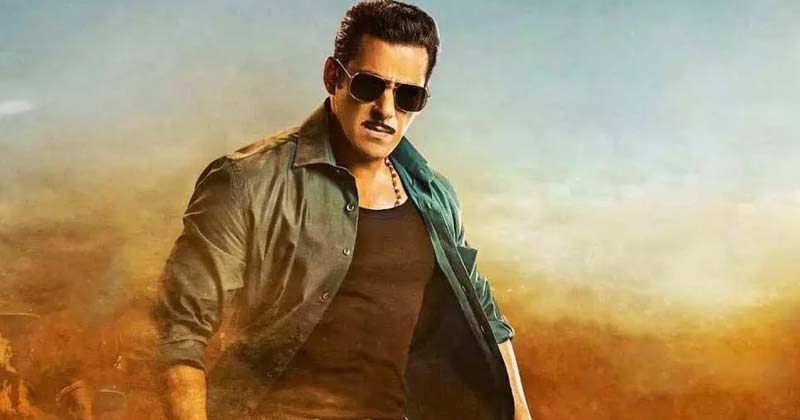 Few Bollywood stars command the adulation and sheer devotion of fans quite like Salman Khan. When he’s not on the big screen, you want him to appear on it. When he’s off it, you could be sure that he’s up to something special. It could be one of his philanthropic endeavors or simply something as harmless or regular as riding a bicycle by the Bandra beach that might catch your fancy. In an age where one has simply lost count of the number of newcomers who have arrived in the industry and are sweating it out, some things, it could be said, don’t change. Among them are- Salman Khan, the man behind such vibrant and timeless hits as Maine Pyaar Kiya, Hum Aapke Hain Kaun, Ready, Bajrangi Bhaijaan and unquestionably, the Dabangg series. But wait. Here’s a question. Have you heard about Salman Khan’s latest project?

Well, the thing is if you know what is Salman Khan’s latest project like, then chances are, that there’s no way in which you are going to miss it. And, if you do not have an idea as yet, then you ought to know that this is something Salman Khan hasn’t quite done in his career and is likely to entertain audiences with.

In a world where the likes of Toms- Hanks, and Cruise- are among the biggest superstars, as is a Keanu Reeves and Brad Pitt, Johnny Depp, Robert De Niro and many more, there’s also a Harisson Ford. No? He might be Hollywood’s old man, but at 77, there’s something incredible about Mr. “Indiana Jones” that perhaps makes him and his choice of movies, stay evergreen, etched in the minds of those who were as thrilled seeing them back then, as they are now.

It was in 1981 when the famous Indiana Jones and Raiders of the Lost Ark appeared on the big screens. Since then, and decades have passed by, the famous action-adventure flick has turned into a novelty for perhaps every generation that’s watched it.

When in his surge to discover the Lost Ark, Indiana Jones comes across the Nazis, whose vehement opposition can be damaging to the ‘discovery’, the quest to seek the coveted turns into an adventure of a lifetime despite the prevalence of danger around it. Against that premise, the famous Indiana Jones narrative made a name for itself and has since then, risen as somewhat of a cult.

It’s one of the early hits of Harrison Ford’s career and among the fiction/adventure masterclass from a storyteller of Steven Spielberg’s ingenuity.

Now simply imagine what might be the possibilities if Salman Khan, one of the great stars of Bollywood-one with a crazy fan following- appears in a narrative that has something of an Indiana Jones feel about it?

So surely, knowing the idiosyncrasies of an actor like Salman, one in whom rests a powerful actor in the guise of a ‘superstar’ (a term birthed by phenomenal star power and box office collections)- think of Bajrangi Bhaijan, think of Tubelight– can one wait to see what might come out of the famous Khan’s pandora box?

Here’s what Network 18 had to say about the latest piece of news that if proven true, could possibly lead to something rather interesting:

“Salman Khan’s team is using the popular action hero [only] as a reference point. The film will be inspired by the original, but it’s not a direct adaptation.”

So any guesses what might “Bhai” turn out as this time? Let us know what you think below.