Home Entertainment Bollywood Salman Khan Had One Of The Most Honest And Simplest Of Wishes... 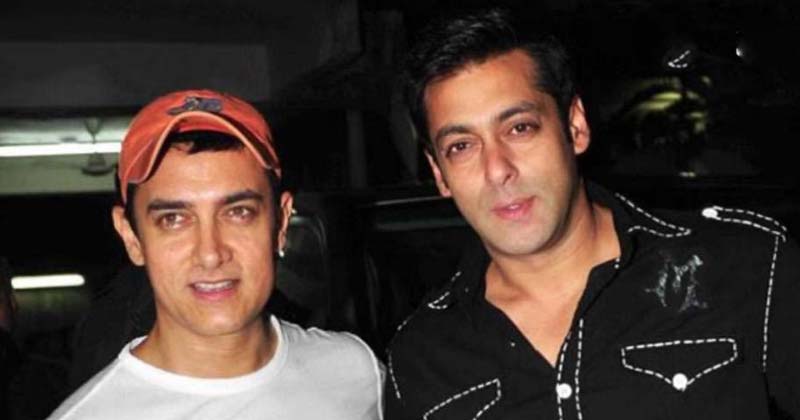 Well, let’s just put it that way. There are actors and there is the one and only Aamir Khan- someone who is simply inimitable. Over the years, the dominant theme in the Indian film industry has been the large influx of youngsters. But today, even as there’s hardly any dearth of opportunities to exhibit one’s talent today, the rise of the digital (or web) medium giving new chances to capable talents to get out there, mainstream movies have, on the other hand, has continued to attract attention regardless of anything.

And the one constant factor in the Indian big picture landscape is that of Aamir Khan. His phenomenal talent, one that borders on genius and this indescribable versatility has endeared him to new fans everywhere.

So to say that there’s this wealth of respect that Aamir Khan commands would be only stating the commonly understood. His is an enigma that constantly expands with each passing film and every approaching challenge. And one of the most beautiful things to have happened to the great Khan took place recently; during Aamir Khan’s birthday.

While truthfully speaking, Aamir Khan’s birthday isn’t some crazy national occasion. It isn’t the sort of event that causes a happy pandemic around the country. It still is this great occasion to tip our hat to an actor that has been entertaining and enriching our lives for the longest possible time.

Through his movies, we have learned the value of friendship ( Dil Chahta Hai), the power of love (Qayamat Se Qayamat Taq), the undying meaning of unconditional love (PK), the unbent commitment of a determined cop (Talaash), and many other powerful narratives and lessons.

So it was nothing staggering to note that one of Aamir’s close friends and fellow Bollywood-stars- Salman Khan- had a heart-warming message for the megastar.

So do you happen to know what was Salman Khan’s wish for Aamir Khan’s birthday?

A popular entertainment website had the following to share regarding Salman’s message for his famous co-star, along with whom the duo dazzled in Andaaz Apna Apna

“Salman Khan simply greeted the Dangal actor with a photograph from the past featuring the two actors. Salman and Aamir have previously worked together in 1994’s film Andaz Apna Apna. Sharing the picture on Instagram, Salman captioned the post with reference to Aamir’s titular role in his upcoming film and wrote, “Happy birthday, Lal Singh Chaddha!”

That being said, Salman wasn’t the only one to wish Aamir a happy birthday. There were other actors along with whom Aamir has shared dozens of films and above all- a fantastic camaraderie who were among the first to wish him on his special day.

The likes of Madhuri Dixit, Juhi Chawla, and others offered beautiful messages on popular social media platform Instagram. That said, it’s rather brilliant and surprising at the same time to note that this was Aamir Khan’s 55th birthday.

Just how unbelievable is that, isn’t it? Who can say that the man often described lovingly as India’s own Tom Hanks is just 5 shy of turning 60?

And speaking of Tom Hanks, Aamir Khan is soon to do a movie that, according to many, India’s version of Forest Gump.

Lal Singh Chaddha, it is believed, will be among the finest movies from the ever-dependable actor’s stable. One can’t wait for Aamir in yet another sensational character-driven role, isn’t it?