Salman Khan, Undoubtedly was the star at the “Bigg Boss Nau” launch and when Salman Is there you can’t imagine the event without any controversial drama. 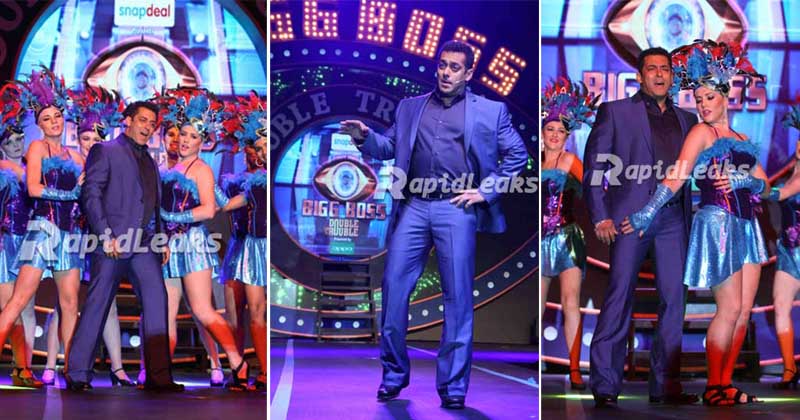 At a press event of forthcoming season “Bigg Boss Nau“, which has a ‘double trouble‘ theme. He was again asked about when is he getting “doubled” (married) and the actor who is often grilled about his reluctance to get married, shared that he doesn’t believe in the ‘Happily Ever After’ concept and no one get married for a lifetime nowadays.

The actor questioned whom should he get married to and for how much time.

“Marriages are not for a lifetime now. The time has changed. It is about ‘temporary Shaadi’ (wedding) now,” Salman said.

Salman has dodged questions about his marriage for long with his humour and wit. He has always made headlines for his rumoured relationships but the sad part remains that he is still being asked “off-beat” questions.

The last question at the event a lady reporter asked Salman: Will the Jazbaa team come on Bigg Boss 9 to promote their film?

He proved no matter how tweaking the questions are he always have “ mooh tod Jawaab”. Salman nailed it like a boss.