Home Entertainment Bollywood Rangdaari From Lucknow Central Is A Beautiful Track And Perfect For This... 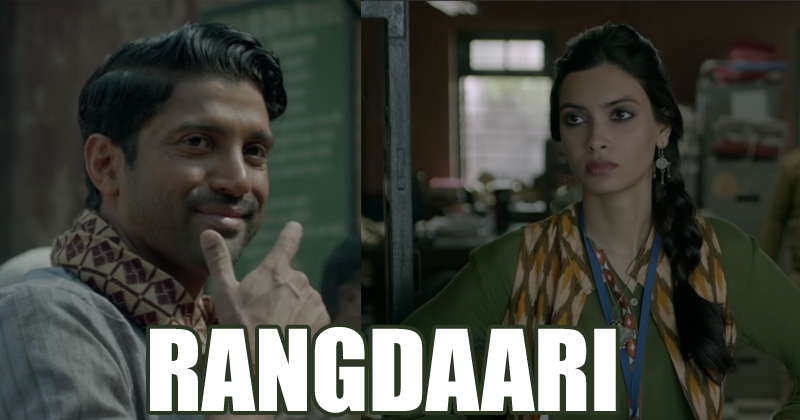 Less often than not we are given certain kind of tracks that come straight from the heart of a singer and Rangdaari is just one of those songs. It easily delves into your soul, and you won’t even know before you end up listening to it some 15 times in a row. Yes, it’s that easy and beautiful to listen to.

Rangdaari is set over the course of various events and it seems that the video has specially curated for the Internet purpose. Because at one point in Rangdaari, Farhan Akhtar can be seen in his room, penning down the lyrics of Rangdaari, and the other second he is in some line at Jail.

It is set angling the romantic relationship between Akhtar and Diana Penty, at the Lucknow Central where Farhan is trying hard to make Penty laugh. The earlier two tracks from Lucknow Central have already created a sweet spot among the audience and it seems that Rangdaari will also be added there, very soon.

Sung by Bollywood’s favourite romance singer – Arijit Singh, the lyrics of Rangdaari have originally been penned down by Kumaar. Music to Rangdaari has been given by Arjunna Harjaie and it’s distinct, yet will remind you of something really important in your life. You’ll get what I’m saying, once you listen to it.

Lucknow Central is directed by Ranjit Tiwari and is all set to release in theatres on 15th September 2017.