Home Entertainment Bollywood Why Is Ranbir Kapoor Not On Social Media? 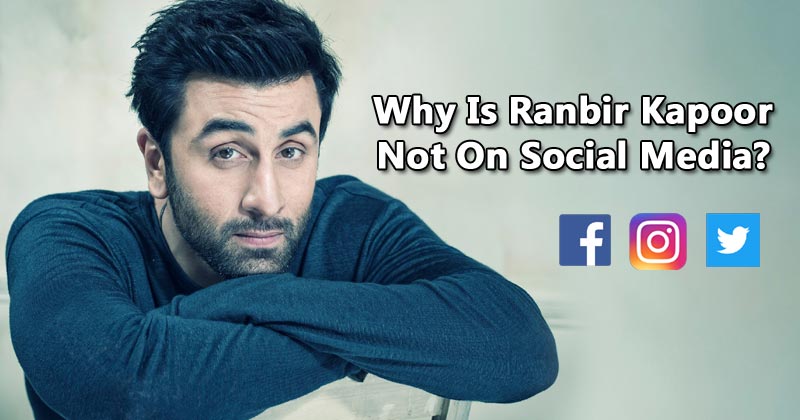 The Kapoors have been rocking and reigning in the Bollywood for generations. Ranbir Kapoor is the super duper star of latest blockbuster release ‘Sanju’. The whole world knows him for his fantastic performance. He’s the child of star actors of their times, Rishi Kapoor and Neetu Singh. He is amongst the highest paid actors of Hindi cinema.

Actor Ranbir entered film industry as an assistant director to Sanjay Leela Bhansali in hindi movie ‘Black’. His first movie as an actor was ‘Saawariya’ which starred Sonam Kapoor and Rani Mukerji.

In his successful journey of being an actor in Bollywood, he has made sure that he does not make himself present on social media. Ranbir Kapoor social media account on Twitter and Facebook and Instagram seem to be missing. Any guesses, why Ranbir Kapoor is not on any social media platform unlike other actors of his generation?

Some of the reasons celebrities may have for not being present on Social media are cited here.

Why is Ranbir Kapoor not on social media?

Here’s what Ranbir has to say about his absence on social media.

So, that’s primarily the reason, as per ‘Ae Dil Hai Mushkil’ star Ranbir Kapoor that he is not on social media.