Home Entertainment Bollywood There Might Be Something Going On Between Ranbir Kapoor And Mahira Khan,... 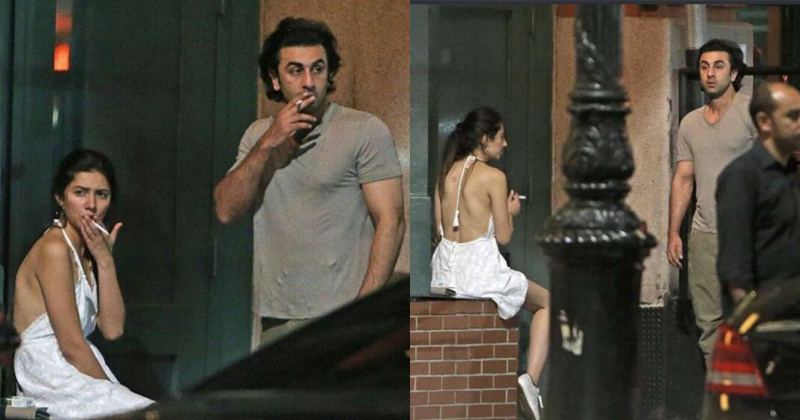 Ranbir Kapoor and Mahira Khan might be onto something and these photos are just a hint of that.

Ranbir Kapoor is definitely one of the Bollywood’s most eligible bachelors who has time and again been in news for his alleged girlfriends and lady loves. The youngest Kapoor is in news again for a possible lady love in his life, and when we say possible, we mean that we want you to decode the relationship that Ranbir Kapoor shares with Mahira Khan.

The fans of both the actors think that there’s more to their ‘just good friends’ story and their suspicions are coming closer to reality with the arrival of these pictures.

Quite a few pictures of Ranbir Kapoor and Mahira Kapoor hanging out in New York City are getting viral on the Internet. They can be seen smoking on the streets of NYC. While no one is sure about the time that these pictures were taken, many believe that they might have been clicked in July, when Ranbir was shooting for the Dutt biopic in NYC and Mahira was there for some work too.

Ranbir Kapoor can be seen sporting the Dutt look for the Rajkumar Hirani’s Sanjay Dutt biopic while Mahira is carrying the street-style look with her white dress and sneakers.

Hotness alter !! #MahiraKhan with #RanbirKapoor caught and snapped on the street of New York !! Love is in the air !!

The suspicion of these two having something in between, first started when few clips from their meeting in Dubai went viral. There were quite some video clips and in one of those, Mahira was pleading to Ranbir about something and was looking like she was in some frenzy. The video clips were from the Global Teacher Prize gala that took place in March in Dubai. Seen then the rumours of them being together started gardening on the Internet.

Now, there’s nothing definite between the two, however, their fans are constantly rooting for them coming together for something, either a project or a romantic interest. Only time will tell now, what they choose.