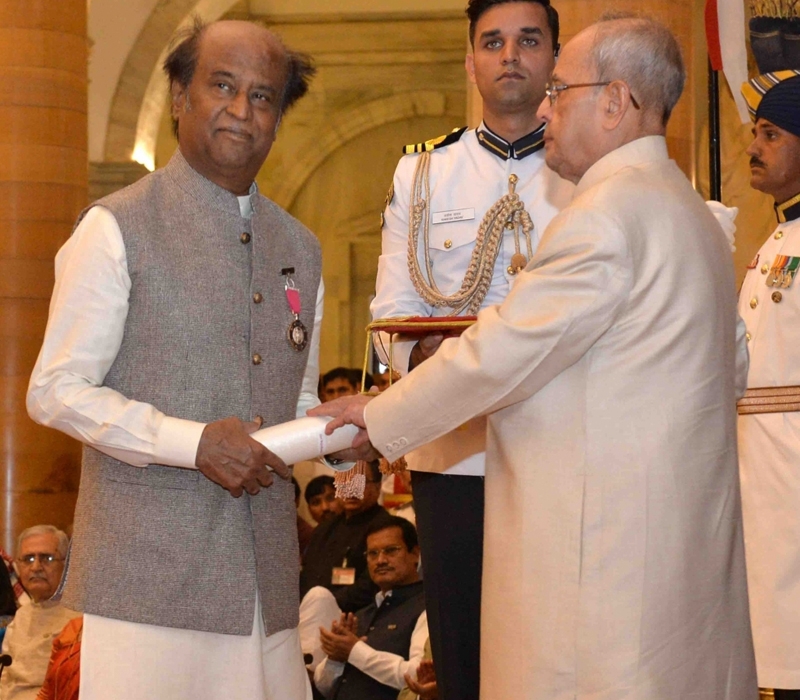 Rajinikanth was accompanied by his wife Latha Rajinikanth at the ceremony where he was dressed in a  beige churidar kurta teamed with a grey Nehru jacket. Priyanka Chopra was carrying a Desi Girl look as she looked stunning in her lime green sari. 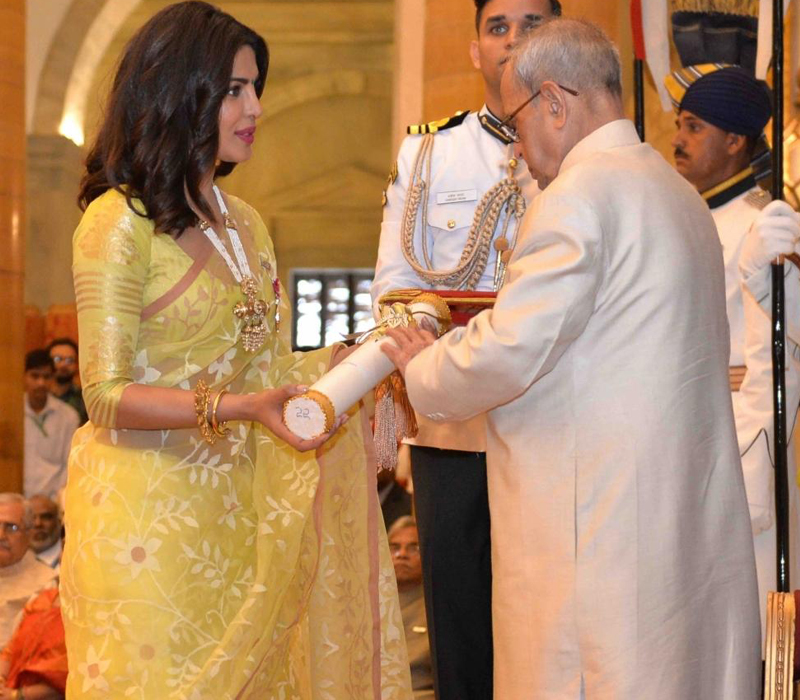 Rajinikanth has worked with Hindi and Southern cinema over three decades and he is one of the most loved actors of India. The actor has a massive fan following and his well-wishers call him ‘Thalaivar’. On the other hand, Priyanka Chopra has been a part of Bollywood for almost a decade and her recent part in the American TV series “Quantico” has made her popular all over the globe. She is making India proud as she bagged a Hollywood film “Baywatch”.

Both the actors have contributed a lot in Indian cinema to earn these respective honours.