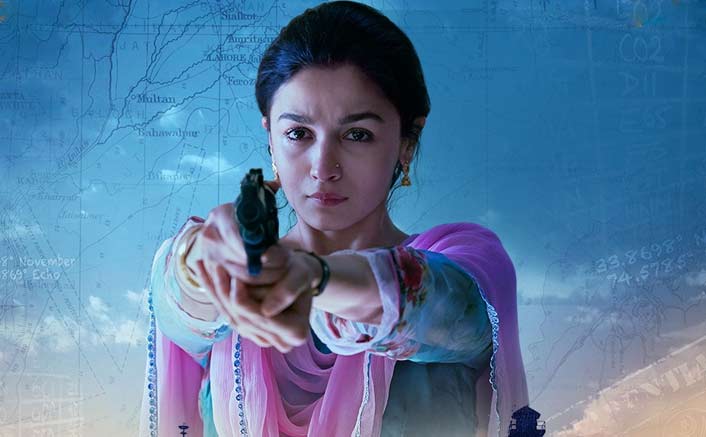 Alia Bhatt is no more someone who could be named in the much-loved Nepotism debate, all because time and again the actress has proved her hard-work and talent in some of the most amazing movies in the recent past. Then there’s Vicky Kaushal, a young talent, still relatively new for Bollywood, who started his career with a bang that even Cannes Film Festival heard. His first film Masaan was a massive hit, despite being something that usually doesn’t work for the mainstream cinema audience.

Now, both the actors are coming together for the first time and by the looks of Raazi trailer, they look absolutely stunning together. This not only conforms to their own roles in the movie but also the chemistry between them, that can easily be spotted in the trailer itself.

Raazi is a spy-thriller movie and tells the story of an undercover Indian spy in Pakistan. Interestingly, the movie is based on a true story which takes the entire gravity of the story a notch higher. It is based on a true story of a young girl, who was sent to Pakistan in 1971, to source out any information she could, as a war was becoming imminent between India and Pakistan. It is the journey of an ordinary Indian girl, in extraordinary circumstances, as explained by the makers of the movie.

As for Alia, she plays the role of Sehmat, who transforms into an Indian spy on the order of her father played by actor Rajit Kapur and gets married to a Pakistani officer (Vicky Kaushal) with a mission. The Raazi trailer stands brilliantly at the whole, intriguing enough to make your audience crave for more. Alia goes through some rigorous training and intelligence spy things in order to be the best at what she does.

However, there’s so much more to the movie than being an undercover spy in Pakistan. The Raazi trailer shows quintessence a girl goes through when married, along with that, Raazi also resonates with the story of millions of undercover spies who work every day for their country, without getting any fame for it. These spies are working for the country without expecting anything in return, not even an acknowledgment for the work. And, all of this makes the premise of Raazi even more interesting to dive into.

Directed by Meghna Gulzar and co-produced by Karan Johar, Raazi is all set to release on May 11th, 2018.