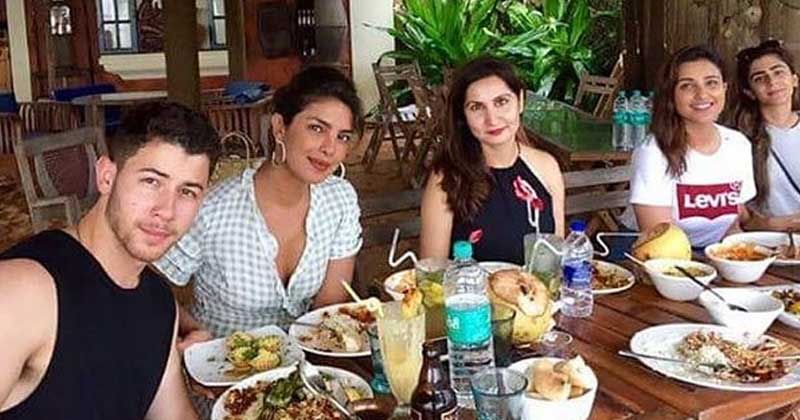 While rains are pouring heavily in Mumbai and taking the entire city down with it, one of the most loved new couples in the world is out of it for a quick vacation in Goa. Yes, we’re talking about Priyanka Chopra and Nick Jonas. The couple recently landed in Mumbai, and what followed their arrival was multiple headlines of the couple actually being in the country, then them going out for dinner and then on Nick Jonas’ Instagram story where he made their relationship official.

Now, the couple is out of the city and much like everyone else, they have gone to Goa for a quick by-the-sea vacation.

But it’s neither Priyanka nor Nick who have made the world aware of this trip, in fact, it’s Priyanka’s cousin and actress Parineeti Chopra. The younger Chopra shared tones of pictures and videos from their vacation together, and they’re having too much fun.

Parineeti shared videos of her and Priyanka dancing in the rain and singing ‘tip tip barsa paani’. Check out the videos over here. 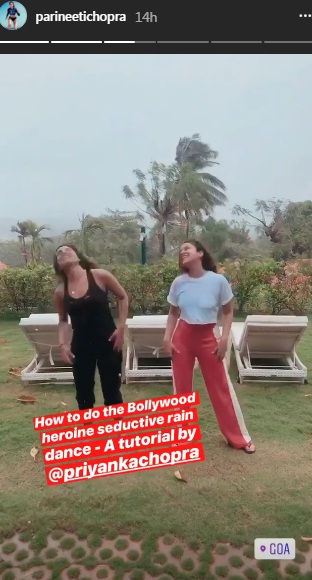 Few pictures of Nick and Priyanka dining with Chopra’s friends and family are also doing the rounds. Check them out here.

Recently while the couple was in Mumbai they went for dinner where Nick also met Priyanka’s mother. Talking about Nick, Madhu Chopra told DNA, “We just went out for dinner where Nick was present. But it was a large group. There were 10-odd people, so I didn’t get the time to know him that well. I’ve met him for the first time, so it’s too early to form an opinion.”

As for Priyanka and Nick, the two were first seen together on MET Gala 2017 carpet and ever since then, the fans were hoping for them to get together. But it was not until recently when they actually started appearing together for baseball match dates and family weddings.