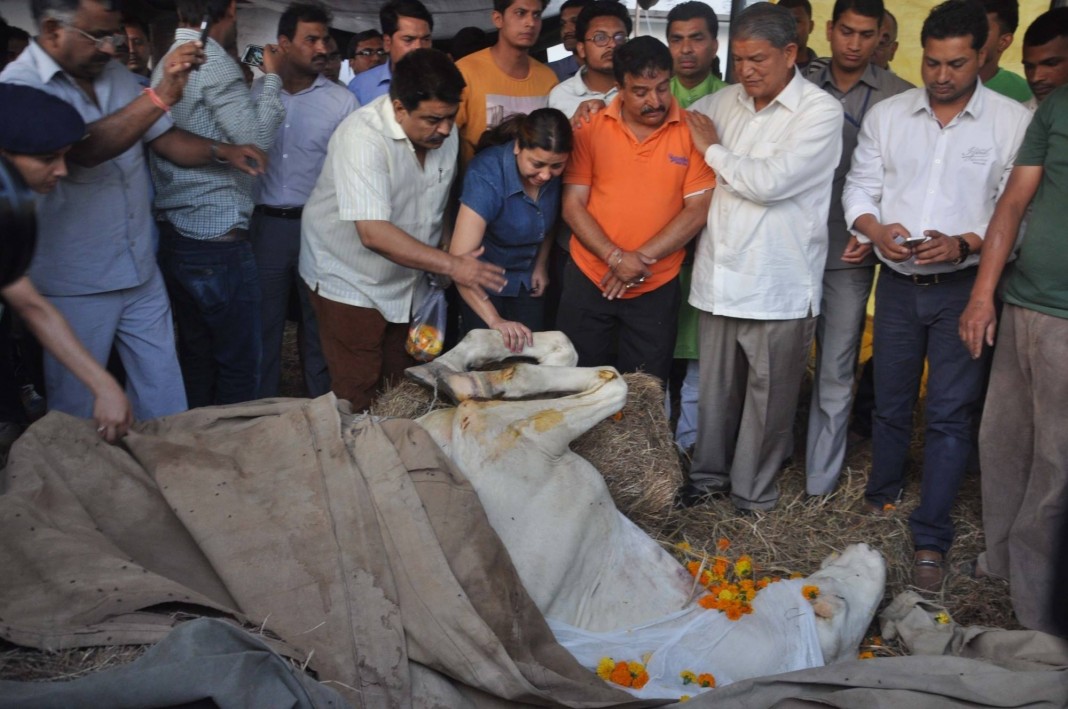 Shaktiman, the police horse who lost his leg is now dead and many Bollywood celebrities like Rishi Kapoor, Neha Dhupia, Hema Malini and Amy Jackson have mourned the death of Shaktiman.

An Uttrakhand Police horse who lost one of his legs in an attack by a legislator of Bharatiya Janata Party last month was treated and got a prosthetic limb but he couldn’t survive and died on Wednesday.

The bizarre accident was caught up on a video tape where the Bharatiya Janata Party legislator Ganesh Joshi, from Mussoorie, brutally attacked and injured Shaktiman in Dehradun. The incident happened during a BJP protest against the  government in Uttarakhand on March 14, 2016.

The poor horse couldn’t survive and even after being treated, he died.

The Bollywood grieved after the death of the heart and celebrities used social media platform to express their grief.

Shaktiman is no more- a victim of brutality & cruelty, he was powerless to protect himself. What a tragedy!

If India has a conscience this man must be tried. Whosoever this Ganesh Joshi is. Are deaf Political ears hearing? pic.twitter.com/W4CdCTaUUO

We are sorry #shaktiman … U did nt deserve this … It's us… What's the human race coming to. #disgraceful

Maybe his death would remind some of us what it is like to be human. RIP Shaktiman.