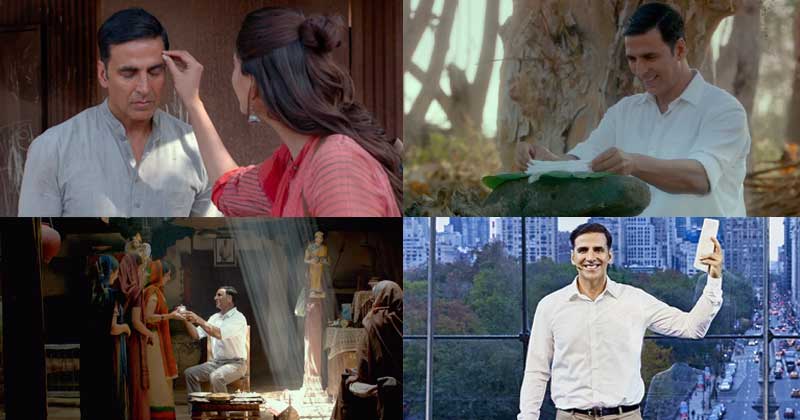 PadMan is definitely one of the most anticipated movies of the year and ever since the premier was rescheduled from last week to now, February 9, the audience just can’t wait anymore.

Just in order to serve the audience, makers of the movie have released a PadMan new trailer which gives a look into the life of Lakshmi Prasad (Akshay Kumar).

In this new trailer, we get to see how the bug of making pads grew into Akshay Kumar’s character’s mind and what he does for it. We can also see the tradition of celebrating the arrival of periods in a girls life, where the leads of the movie live.

Apart from this, PadMan new trailer also shows how brilliantly Lakshmi Prasad takes instances from his day to day life to explain the need for pads, in his iconic speech in the movie. He merges the similarity between a woman’s periods and test matches, as well as, the need of pads in both the cases, quite hilarious, yet deep to be honest.

PadMan has Akshay Kumar, Sonam Kapoor, and Radhika Apte in the lead and the story of the movie is based on the real-life story of Arunachalam Muruganantham. Arunachalam is the man who started a sanitary napkin revolution in the country by inventing the machine that can produce low-cost pads.

While PadMan was initially going to release on January 26th, Akshay Kumar decided to postpone the release of the movie, in order to make a smooth way for Sanjay Leela Bhansali’s Padmaavat. Much like before, Akshay Kumar’s next would again clash with Neeraj Pandey’s Aiyaary.

The movie is directed by R Balki and is all set to be released on February 9th, 2018.