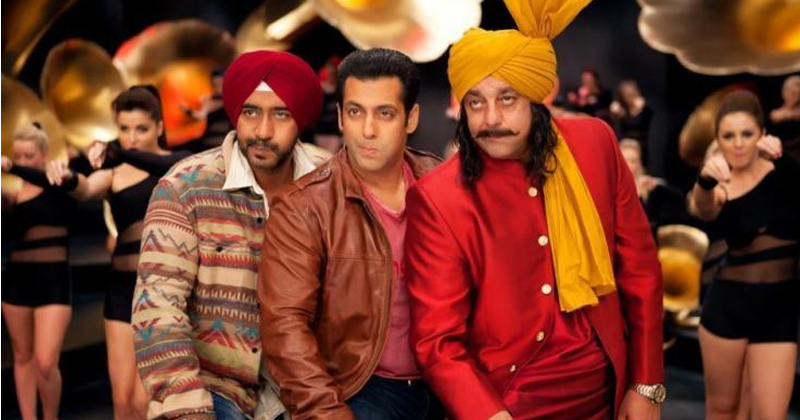 Bollywood. Love it or hate it, but you can just not escape it, especially if you’re living in India.

Hindi movie industry, or Bollywood, has produced some really amazing movies, along with some usual masala doses. However, in this race of coming first and cashing-in the most mullah, filmmakers are often serving us some really shitty drama and romance stories.

Plus, Bollywood is not just about good movies and a good plot, it’s also a lot about good music. One can simply reclaim their entire movie’s budget with their songs, yes, we’re that crazy about music. But then, where you have an opportunity, you have hundreds of people simply coming out with anything to make things work for them.

In order to lure in the viewers, makers have simply been churning out shitty lyrics with lifted music, for years now. While we can live with some songs with lifted music as it’s been a long time now and we can not let go of our favourites that easily, there are many songs that make absolutely no sense.

A listen to them and you’ll immediately start questioning their existence. Yes, there are songs that are THAT bad. They make no sense, say nothing, have random alphabets stitched together to make words out of, and so much more.

So, we thought of compiling a list of all these nonsense songs for the betterment of our readers and for all those self-imposed Bollywood experts.

Hera Pheri was an amazing movie, a cult classic to be precise. However, it was just not that good in the music region, merely moderate to be true. This particular song, Po Po Po, would make you question everything that you know, till now. Why? Why would you do this to us?

So basically this song is promoting suicides, are you listening censor board?

Another I-don’t-know-what-I-am-doing-with-lyrics blunder. What the absolute hell is, “tera pyaar pyaar pyaar, hookah bar”? Have we gone that bad with our ability to find metaphorical comparisons for love that we now have to compensate it with a Hookah Bar?

What the heck is tandoori nights? A new item added to the tandoori section of our menu that the world doesn’t know about? Or something really deep and meaningful? The world would never be able to know.

Maine Pyaar Kiya is one of Bollywood’s best romance movies and this particular song had a huge impact on the plot. However, the lyrics make no sense. The song is basically about a classic Bollywood lover who, in the garb of being a dear friend, tries to make the girl fall in love with him.

Till this date, we haven’t been able to process the entire meaning of this song, or its existence. Why do one need a saree ka fall, to confess their love to someone? Why?

Item songs are essential for Bollywood masala filmmakers and in order to make the raunchiest one, they often forget to add sense to them. Kaddu Katega is a perfect example of how sexist and double meaning Bollywood lyricists can get at times, and they do a lot of it.

Govinda has a reputation of being a part of some really amazing songs and these songs, again, don’t make any sense at times. One of those times was this track by Anari No. 1. How can one’s love be considered more mighty by their ability to rip off a piece of clothing? A logic, only backed by Bollywood.

What is Bollywood’s obsession with weird fart songs and adding them to their movies? A question we would never be able to get an answer of.