Home Entertainment Bollywood Nindaraan Diyaan From Blackmail Is The Most Amit Trivedi Song In The... 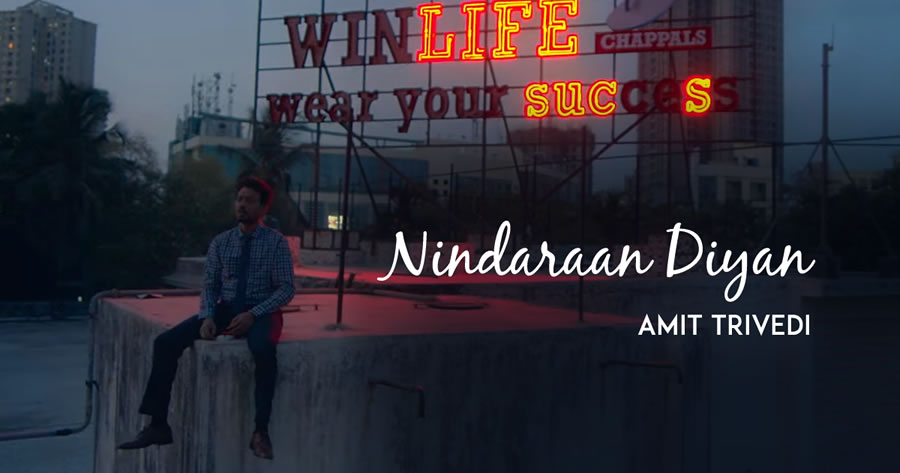 Amit Trivedi is not just a music producer anymore, he’s more than all of that. Known for his distinct music and harmonies, Trivedi has created a unique space for himself in the Bollywood music industry. He is known to be a director’s music producer who makes music according to the story and script which makes each and every track in the movie an essential addition. One that tells a story, no matter how gruesome or amazing it is.

Trivedi has done it again in Blackmail starring Irrfan Khan and Kirti Kulhari with Nindaraan Diyaan.

A heartbreak song which is filled with angst and craziness, Nindaraan Diyaan will make you want to bang your head hard to the music, until the end. While the song starts slow and mellow, it soon transforms into something that can be described as something very Amit Trivedi-esque. In fact, DevD album would be the first thing that comes to your mind after listening to it.

The music perfectly sums up what’s been shown in the video. Shot around the visuals of Irrfan Khan finding out about Kirti cheating on him with Arunoday Singh. What follows the revelation is Irrfan’s first instinct to run away from his house. And that’s exactly when the song takes a hardcore rock and roll turn along with some amazing guitar riffs in the background.

Not only has Amit Trivedi given the music to Nindaraan Diyaan, but has also voiced the song, while the lyrics have been penned by Amitabh Bhattacharya.

Directed by Abhinay Deo, Blackmail is slated to release on April 6th, 2018.