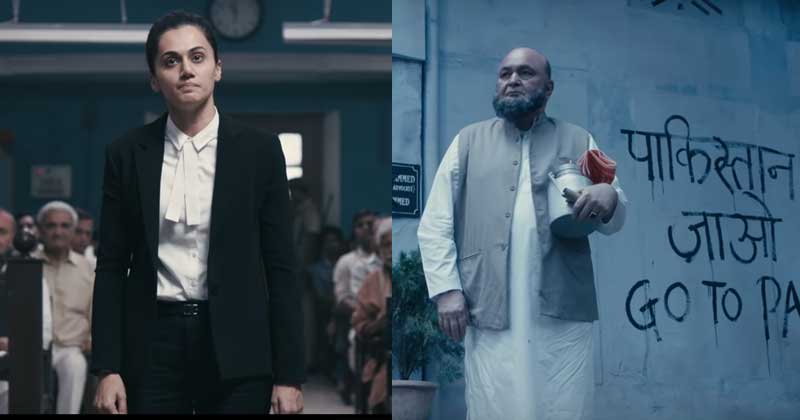 India, actually the entire world, is going through a difficult time right now where more and more people are acting on their prejudices, rather than being humans. Almost every country is stuck in a position where some community is receiving hate for existing and the worst part, it isn’t getting better.

Now, there’s a new movie coming out which somehow deals with one of those problems, or at least it seems like that. Mulk teaser was released today by the Zee Music Company and it shows a thrilling tale of hate crime and one man facing the brunt of it all.

Mulk teaser times at 47 seconds and trust us, it’s enough to get what the movie really wants to put forward. The teaser opens with a shot of Rishi Kapoor’s character shutting the doors of his house to the media, and we hear Taapsee’s voice saying, “Aap deshdrohi hai, ye aarop hai aap pe aur aapke parivaar pe” (You and your family have been accused of betraying the country.)

Rishi Kapoor is playing the role of Muslim man who is being considered anti-national or something on the similar lines, and now it has reached the court.

Talking about Mulk, Taapsee said, “This is a film which we all have done with our hearts because of the topic it deals with. It’s purely a passion-driven project for each and every member of the cast and crew.”

Mulk is directed by Anubhav Sinha and it’s slated for an August 3rd release.