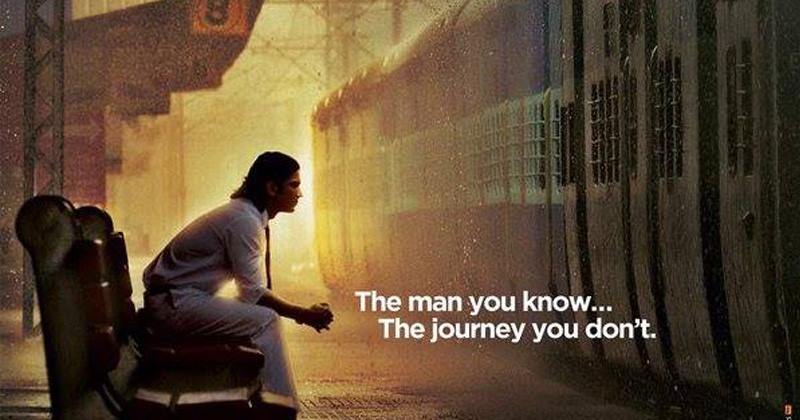 Actor Sushant Singh Rajput has worked on himself for almost a year to depict the character of Dhoni perfectly on the silver screen. The first poster of “MS Dhoni: The Untold Story” revealed by Sushant was a man sitting on a bench at a station. The man with the long locks was looking pensively at the tracks and is sitting on platform number 8 as a train passes by. That look depicted the look of Dhoni when he was in his initial career.

The Man You Know. The Journey You Don't. You need to know his story. #MSDhoniTheUntoldStoryPoster pic.twitter.com/GCgEsWTmK9

After the first look, there has been a buzz about “MS Dhoni: The Untold Story” and Sushant Singh Rajput as he has changed his entire look to play a young Dhoni. But now the new image revealed by Sushant is the current talk of the town.

This image depicts Sushant sitting on a bench once again in a crowded station. He is dressed in a blue blazer with a red tie; Sushant looks really handsome with his short hair in this one. The actor very smartly captioned the image ‘All you guys know who MS Dhoni is. Now let us tell you his untold story’.

All you guys know who MS Dhoni is.Now let us tell you his untold story! #MSDhoniTheUntoldStory teaser out on March15 pic.twitter.com/3RiFcEyYON

The teaser of the movie is expected to release on 15 March, during the ICC T20 World Cup 2016 match between India and Pakistan. Directed by Neeraj Pandey the film features Kiara Advani as Dhoni’s wife. A new actor Disha Patani will be playing as one of Dhoni’s alleged love interests. “MS Dhoni: The Untold Story” will be hitting theater screens on 2 September 2016.