Mother Teresa Memorial Awards For Social Justice, Awarded To Bravehearts Who Lost Their Lives To Terrorism

On Sunday, the 12th Mother Teresa Memorial Awards for Social Justice were held, and were hosted by Harmony Foundation. The Foundation also organised an international conference on combating terrorism through education.

This year, the winners of this award were people who have given, and even sacrificed, their lives for the society and against terrorism.

Faraz Ayaz Hossain, the 20-year-old who lost his life in a terror attack while he stood up for his Hindu friends against the terrorist, was awarded this award. His sacrifice was acknowledged by the Harmony Foundation, and his parents went to receive the award.

Family of Faraaz Hossain receive the award for his heroic sacrifice during the Bangladesh terror attack.#MTMA2016 pic.twitter.com/hKL5RgMF8g

Along with Hossain, Neerja Bhanot was also felicitated with this award. She lost her life while saving hundreds of lives in the Pan Am hijack in 1986. Her sacrifice to humanity was brought to the screen by Sonam Kapoor, playing Neerja Bhanot, in one of the most highly acclaimed movies this year, Neerja. The Bhanot family wanted Sonam Kapoor to collect the award on their behalf, along with two of Neerja’s brothers, Aneesh and Akhil. 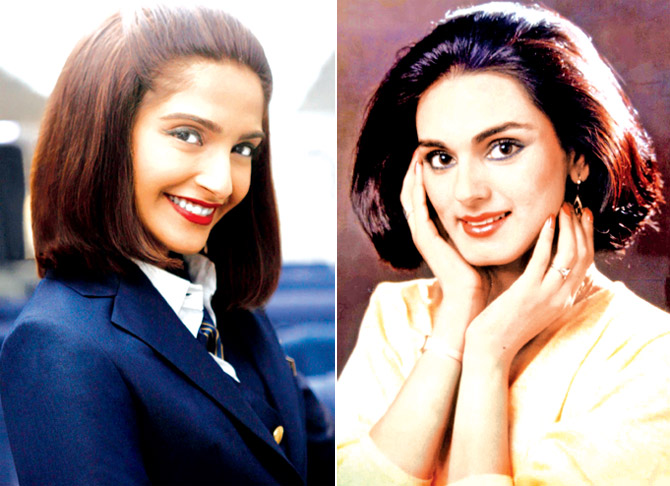 The families of 26/11 martyrs were also honoured at the ceremony, for their family members contribution in saving hundreds of lives at the deadly 2008 terror attack. Late senior police inspector Vijay Salaskar’s daughter Divya said at the event, that we all need to promote peace. She does not want any other daughter losing her world in one night as it happened to her. Terrorism should not win against this peaceful world.

Former Jammu and Kashmir Chief Minister Farooq Abdullah and former Afghanistan President Hamid Karzai were also present at the event and the conference.