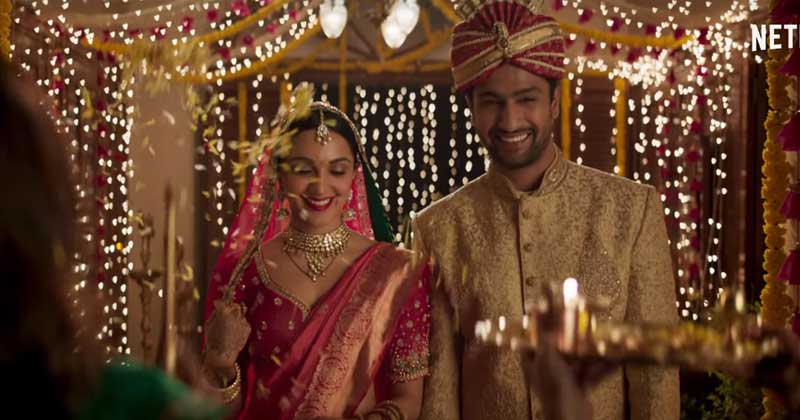 The directorial team of Bombay Talkies is coming together for another anthology film and it’s all about love, lust and everything in between. Comprising some of India’s best directors, Zoya Akhtar, Anurag Kashyap, Dibakar Banerjee and Karan Johar, are working on another project and its first look has been released.

Lust Stories trailer was dropped by Netflix recently and it showed four different stories struggling in the realms of lust and sex. While the first one has Neil Bhoopalam and Bhumi Pednekar in which Bhumi plays the character of a house help who falls in love with the man she works for, the other one stars Vicky Kaushal and Kiara Advani, and this one explores the territories of sexual dissatisfaction in a marriage. The third one has Sanjay Kapoor, Jaideep Ahlawat and Manisha Koirala and their story revolves around extramarital affair. The fourth and the last one stars Radhika Apte and Akash Thosar and their story revolves around the new-age relationship problems of monogamy and committing to just one person.

Lust stories is about modern relationships set in different social milieus and explores how lust affects the way different people function in them.

Apart from the stellar cast of the movie, another exciting thing about the movie is the fact that it would be a Netflix-only movie which means no more butchering the story in the garb of censorship.

The movie is produced by Ashi Dua of Flying Unicorn Entertainment and by Ronnie Screwvala. Lust Stories will start streaming from June 15 on Netflix.