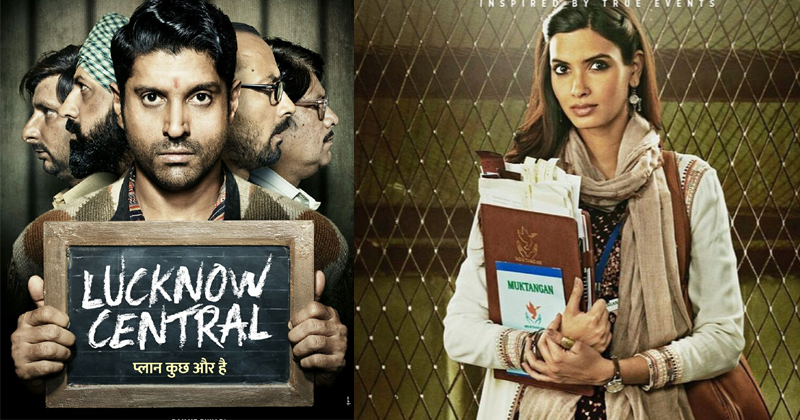 Lucknow Central is Farhan Akhtar’s newest movie whose trailer just dropped and by the looks of it, Lucknow Central does seem a good movie that can work on the box office, plus, for the audience too.

It is a story about Kishen Mohan Girhotra (Farhan Akhtar) whose dream is to make it big in singing and music. However, in the midst of all of his dreams, Kishen gets accused of murder which lands him in Lucknow Central Jail, where he’s now awaiting his High Court trial for a death penalty. In the meantime, Gayatri Kashyap (Diana Penty), a hard-working NGO worker, comes out to form a Band of Prisoners for the band competition which is going to held in the jail of ‘Lucknow Central’ in that very year.

Kishen gets his other 4 inmates and convinces them to join the band, however, their main motive is something else. Now, while they’re working on being the best band from Lucknow Central, they are also working on different ways to get out of this Jail.

The film shows a dramatic tale of freedom and music moving closely together, in the lives of Kishen and his friends.

After watching the trailer of Lucknow Central, I immediately remembered the recent trailer of YRF’s Qaidi Band which also has a somewhat similar storyline and plot. Now, it seems that Bollywood coincidently gets the same idea at the same time.

Lucknow Central is inspired by true events and has Farhan Akhtar, Deepak Dobriyal, Gippy Grewal, Ronit Roy and Diana Penty. Ravi Kishen is also playing a major role in the film, while Ronit Roy is back again in a villain’s avatar and he’s definitely ruling it.

Directed by Ranjit Tiwari, Lucknow Central is slated to release on 15th September.