Do you know the COMEDIAN, who elevated the heights of comedy through dialogues and songs?

Mehmood and his COMIC AND EMOTION OPERA! His Top Ten Songs to make your day!

His Songs will elaborate what Mehmood was, a versatile actor and a perfect lover. 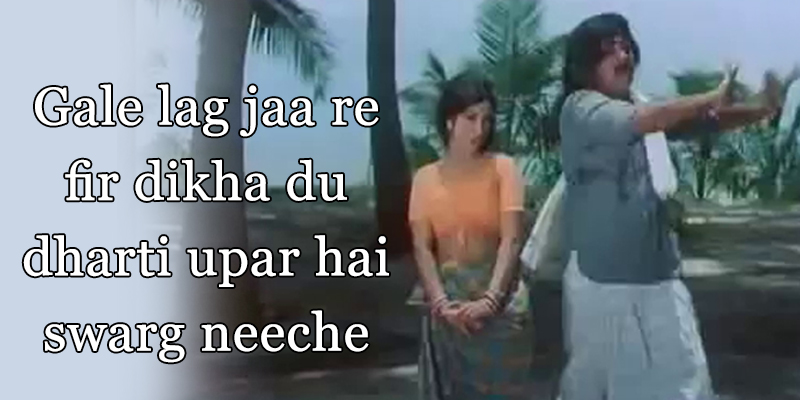 The Man who said, “HUM KAALE HAIN TOH KYA HUA DILWALE HAIN” made the remark which had helped millions of people who suffered the colour complex. This is an irony which was beautifully picked by Mehmood in GUMNAAM’S SONG. 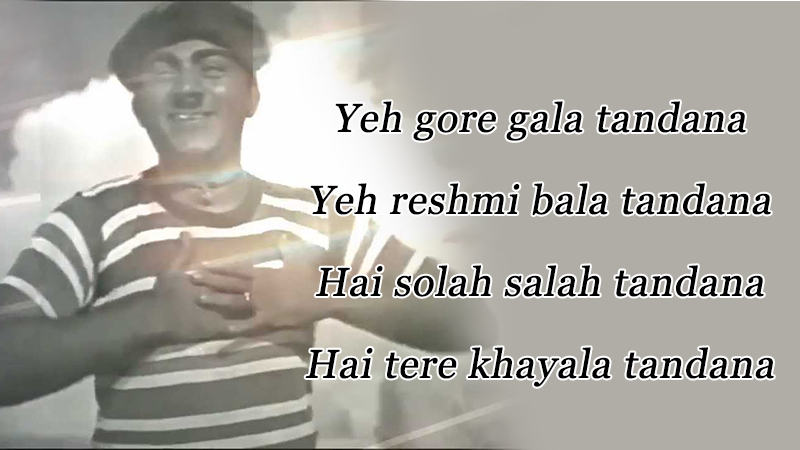 Kids use to learn Hindi idioms by songs and Mehmood used and nailed it. He was the spice of this song from movie  PADOSAN, the exotic Saira Banu, Legendary Kishore Kumar, maestro Sunil Dutt all were trying to match his expressions and emotions. 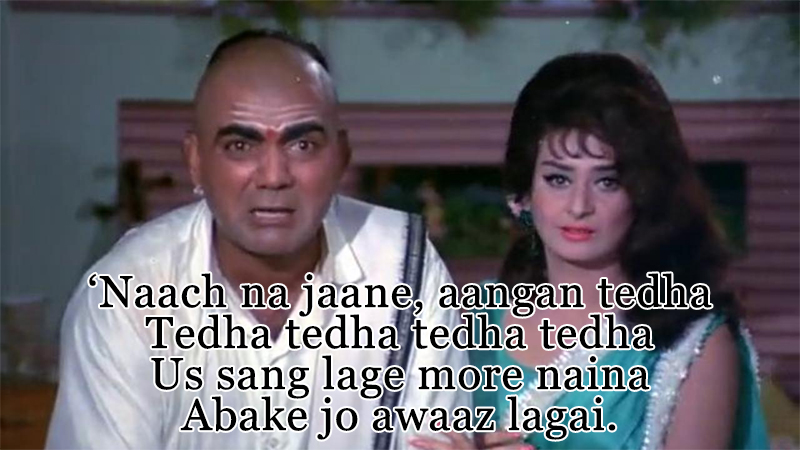 Who else could have portrayed the picture of love in an innocent manner? Isn’t it related to today’s love scenarios also, watch this bang on ZIDDI song. 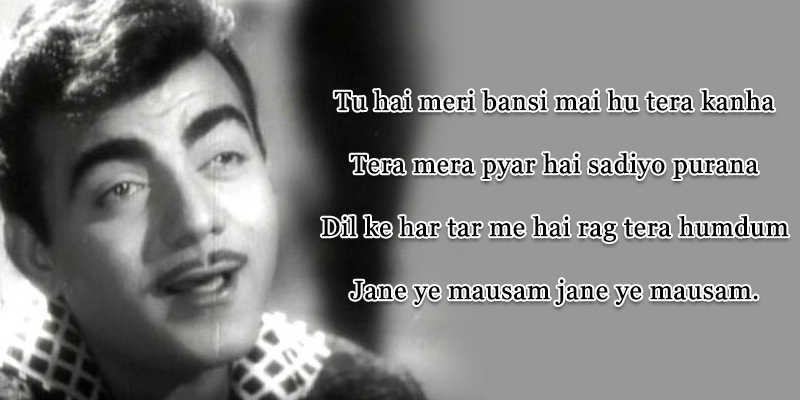 Every father has feelings and emotions like mother in him, who else could show the beautiful emotions of Man as father and  his inner self-power to hide all issues from his Child indeed Mehmood and his acting is LAKHON MEIN EK 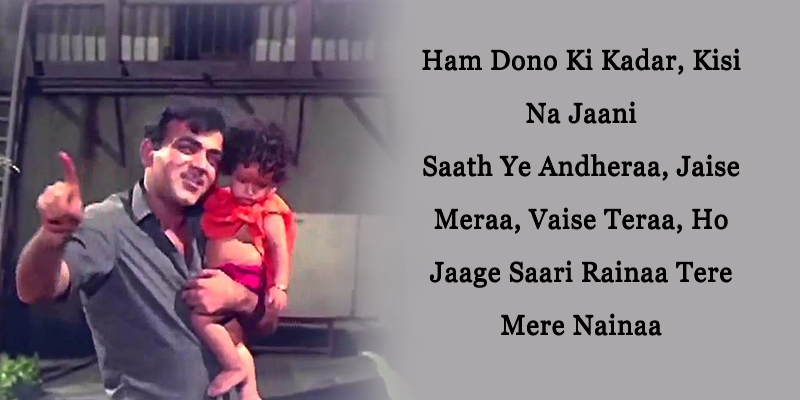 Next time you make a mistake try singing this song from DO PHOOL. 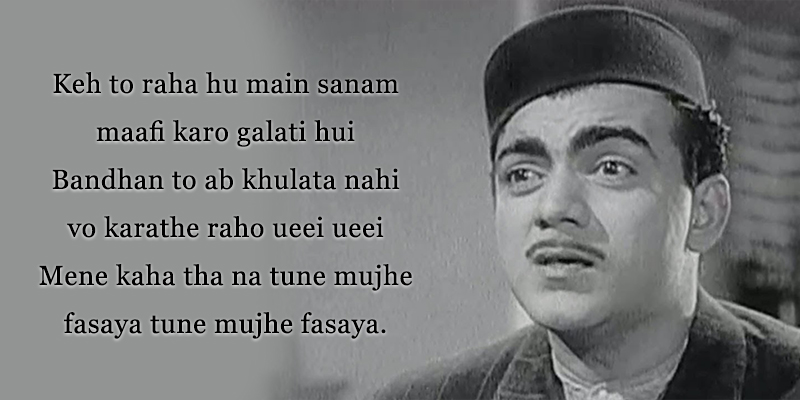 We all know the mightiness money has with it, the power which make all relations and bondings blind, the wealth which stand alone and wins, want to know the whole thing is SABSE BADA RUPAIYA  then watch this song 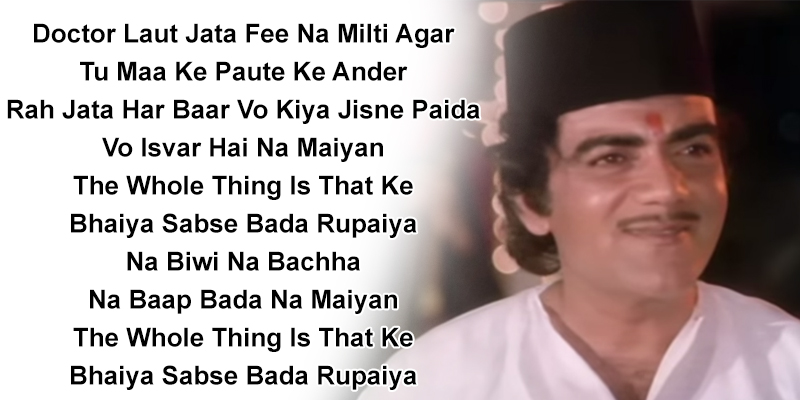 Dulha and Chulha, is there a similarity, how a man wants to be Dulha and how he is worried about his Chulha, this song showcase SADHU AND SHAITAN in the man 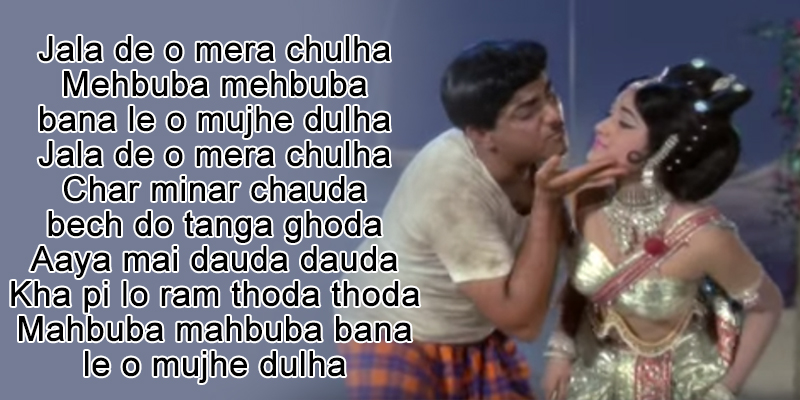 Lover worried about the beauty  that her beauty possessed and the evil eyes of the world. Helen and Mehmood had a history of beautiful songs, this is one of the best from DIL NE PUKARA 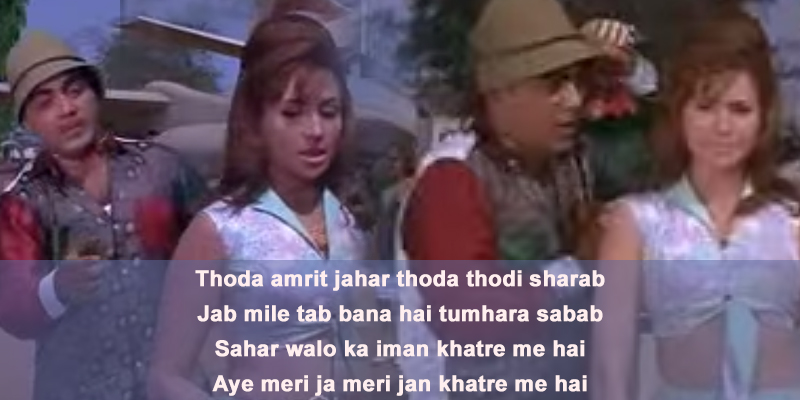 Never Ending, love in the Black and White Cinema, Majestic Helen with Handsome and young Mehmood their teasing each other in CHHOTE NAWAB Watch the melodious song at its best. 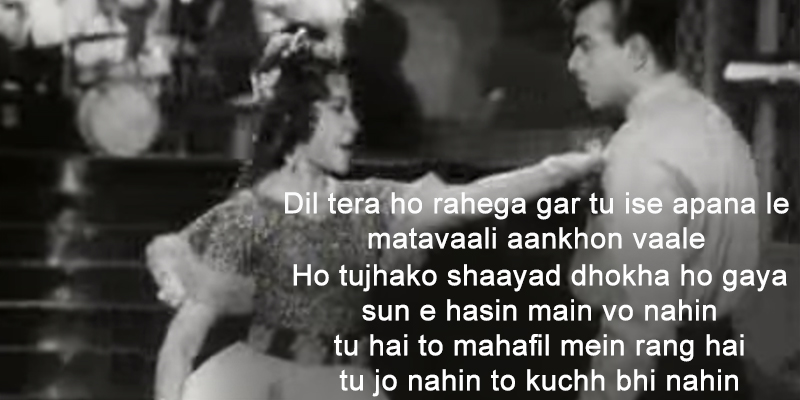 Born today, The Man who gave heights to comedy that to an ecstatic one! Paid more than the heroes of that time, Mehmood was the one without whom movies were incomplete.

The MAN who rose the virtuous comedy standard that is absent these days.

He had ‘Filmi’ background, however, he decided to work in films to earn well after he entered into fatherhood. As his odd jobs (like table tennis teacher of Meena Kumari and Driver of P.L. Santoshi) were insufficient to meet his family needs.

Loved by many for his South Indian specifically his Hyderabadi Style.

A versatile actor who was tough to beat at Comedy also had a sarcastic way to revive the mindset of the masses.

How this era will come back, the comedy, expressions and emotions everything vanished from the Hindi Cinema?

Present day overrated and overacting is not the comedy, Comedy is what this veteran actor did in his times.

Happy Birthday Mehmood ji, the true essence of comedy and versatility will remain alive through your Movies, dialogues and songs. 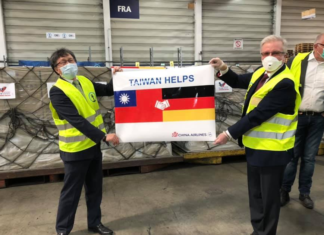 Dev Tyagi -
Germany is not called Europe's strongman for nothing; as a matter of fact, the intra-EU trade accounts for 59 % of Germany...