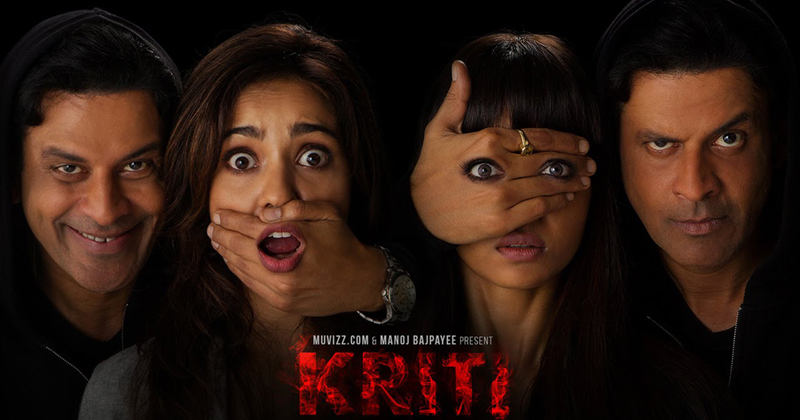 “Kriti”, what can you possibly imagine after reading this word? It means creation and Shirish Kunder did a brilliant job by choosing this title for his debut short film. The short film features Manoj Bajpayee, Radhika Apte and Neha Sharma and what this film offers will keep messing you with your head. Shirish single-handedly wrote, directed and composed music for this short film and after you finish watching it, you will be a fan for sure.

Imagine yourself in a twisted life where you cannot discern a difference between imagination and reality. It’s hard, isn’t it ? Well, meet Sapan, who is actually mentally challenged and fighting hard to acknowledge the existence of his girlfriend “Kriti“, who lives with Sapan and is suffering from Agoraphobia (extreme fear of open or public places). Sapan visits his psychiatrist Kalpana and tells her about the love of his life.

Now Kalapana has already seen Sapan in love with Rachna but the trouble is that Sapan’s last girlfriend was imaginary and she fears that this can be another case of his mind’s creation. She advises him to find out the reality and what happens next will make you bite your tongue and you will definitely scream HOLY SHIT!!!

Every character of this film is so dope that you will be glued till the end and the background score of the movie is equally intriguing. Shirish Kunder has done an exceptional job with cinematography and every frame of the film is worth watching.

Manoj Bajpayee as Sapan nailed his role and Radhika Apte proved that she is one of the most promising actors of Bollywood. Neha Sharma’s role as “Kriti” is a bit short but she managed to make her impact in the film.

The concept is mind boggling and we bet you are gonna watch it again and again.