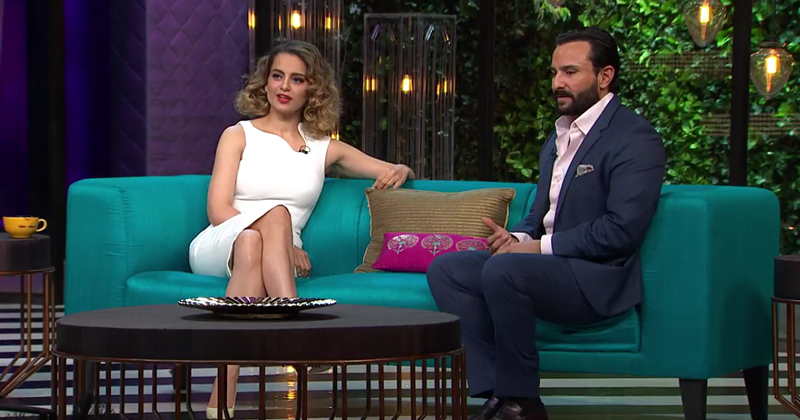 Both, Ranaut and Khan revealed a lot about themselves, actually too much. From the looks of the promo, it seems Kangana didn’t shy away from calling out some harsh realities. She felt jealous that Aamir Khan’s ‘Dangal’ made so much money and she even offered a role to Karan Johar in her biopic if it would ever be made, where he would play the role of a stereotypical Bollywood biggie who is the flag bearer of nepotism in the industry. Ouch, too harsh, I guess.

Up next, the Nawab & the Queen are coming to rule on the Koffee couch like never before! #KoffeeWithKaran pic.twitter.com/eB43uXLz4w

We just can’t wait for the Sunday to arrive and gift us the presence of Kangana and Saif on the couch.