Home Entertainment Bollywood Khalibali From Padmaavat Will Remind You Of Malhari From Bajirao Mastani! 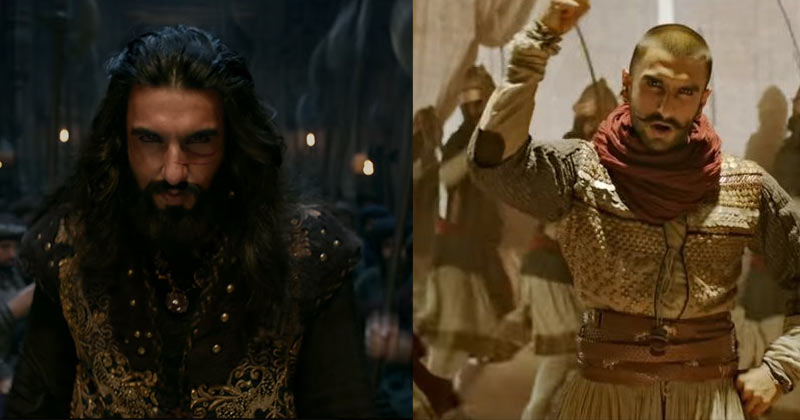 Khalibali from Padmaavat has been dropped after three days of the release of the movie and this enigmatic song will compel you to watch the movie if you haven’t watched it already. The song features the character of Alauddin Khilji played by Ranveer Singh and his performance will leave your jaw dropped. From the first frame of Khalibali to the last, Ranveer Singh’s electric energy will keep you hooked.

Khalibali actually showcases the psychotic and frenzied love of Khilji for Rani Padmini. The lyrics may talk about his insane love but the visuals actually scream that he is one hell of an impeccable dancer who knows his moves and expressions perfectly. Every gaze is so deeply penetrating from the other side of the screen that you might not believe that he is the same guy who played “Bittu” in “Band Baaja Baraat”.

Crooned by Shivam Pathak and Shail Hada the Arabic-mixed lyrics are penned by A M Turaz on the music of Sanjay Leela Bhansali.

The unmatchable energy of Ranveer Singh actually reminded us of Malhari from Bajirao Mastani, however, the transformation from a brave Maratha King to a sort of lunatic Muslim King is clearly visible. Whatever the reason may be, we are compelled to watch Malhari after watching this one.

Even after many protests, Padmaavat continues to succeed on the box office. Directed by Sanjay Leela Bhansali, the movie is running successfully in theaters now.