Home Entertainment Bollywood ‘Kaabil’ Trailer: Hrithik As A Blind Vigilante On The Journey Of Revenge... 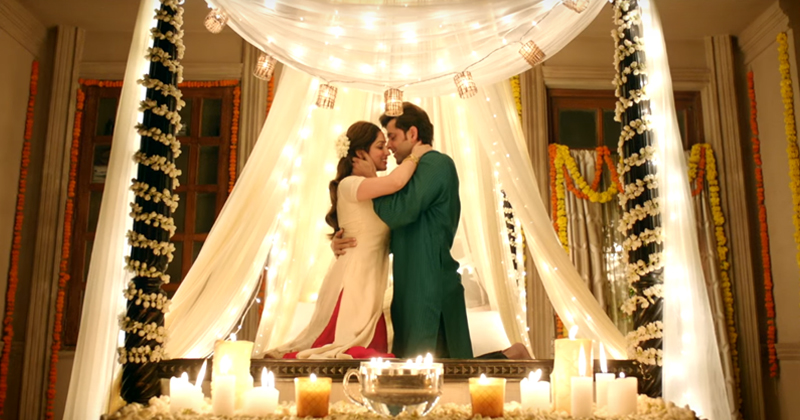 Hrithik Roshan and Yami Gautam starrer ‘Kaabil’ trailer is here, which is a great mix of happiness, sadness and revenge, all in one. The movie is about a blind married couple surviving together with their own challenges in this world. However, one tragic incident changes their entire life and the dark side is out. ‘Kaabil’ trailer shows how, Yami Gautam (his wife) was raped and maybe killed (since we’re not sure about that), after which Rohan Bhatnagar (Hrithik Roshan) goes on to take revenge from those who spoiled their perfect life.

The film has Roy brothers – Ronit Roy and Rohit Roy – as the antagonists, who seem to bring the entire trailer back to reality. As the initial seconds of the trailer seemed to be full of overacting and over expressing, that too from Hrithik’s side (which is odd, since he is such an amazing actor). But, as soon as the tragedy hits the trailer, everything seemed to be much normal. The trailer, even before releasing, came with a lot of theories and controversies.

Kaabil’s trailer was supposed to come out on Wednesday, however, it leaked on Tuesday evening, after which the production house itself released the trailer and Hrithik tweeted about it. Along with this, many believe that the plot of the movie is inspired by a Korean cult classic – Broken, which had a similar plot of a father taking revenge of his daughter’s rape and murder. It is also speculated that a Salman Khan starrer Buland had much more similarity with ‘Kaabil’ in them than Broken. Salman Khan was on the quest of taking revenge of his love’s (Somy Ali) rape and murder, and even lost his eyesight in the journey, however, Hrithik has been blind since birth, but Salman’s movie was never released.

These many coincidences are definitely going to affect ‘Kaabil‘ in some sort of way. The movie stars Hrithik Roshan, Yami Gautam, Ronit Roy and Rohit Roy. It is produced by Rakesh Roshan and has the music of Rajesh Roshan. It is going to clash with Shah Rukh Khan’s Raees on Box Office.

‘Kaabil’ is directed by Sanjay Gupta and will release on 26 January 2017.