“Irada” is an upcoming Bollywood suspense-thriller and the trailer is intriguing as hell. The dynamic duo of Arshad Warsi and Naseeruddin Shah is back on screen in “Irada” and we are thrilled to watch them in an entirely different genre. Arshad plays a character of a NIA officer who has been recruited to investigate a mysterious blast. Naseeruddin Shah plays a character of a retired army officer, who seeks revenge for his daughter’s death.

“Irada” also features Sagarika Ghatke who is playing a journalist, seeking justice for her murdered boyfriend. Divya Dutta and Sharad Kelkar are also playing key roles in the movie and a strong cast blended with a captivating story line makes this movie an entertaining suspense thriller. The blast is a conspiracy or vengeance, the story’s dilemma keeps you conjecturing about the truth.

The trailer is extremely gripping and every character portrays a strong appearance on screen. Flooded with layers of lies and truths, Irada’s trailer makes us curious about the untold truth.

The movie is a directorial debut of Aparna Singh and is slated to hit theaters on 17 February 2017. 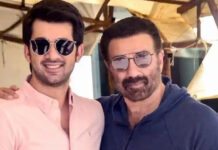