He’s good-looking. He’s handsome. He’s muscular. And more than anything, he’s successful. No, he’s mega-successful. Men, for long, have wanted to be like him. Boyfriends, we all know, have tried mostly failingly to distract their girls’ attention from him. But women, without a need to doubt it, have longed for him. Who wouldn’t? Few men in the Indian film industry are as charming as they are envy inspiring. And even fewer are ever so constantly a talk of the town, quite like Hrithik Roshan.

One of India’s most famous actors of all time, Hrithik Roshan doesn’t have to do astounding things or as one would put, irrelevant stuff to be in the news. Even simple things like taking a selfie liken him to an Internet sensation. And yes, that is exactly what the famous Kaho Na Pyaar Hai actor recently did as he’d put his “Greek God” frame in the pool posing for nothing more than a harmless picture engulfed by two other friends, an act simple enough to become an Internet sensation.

The coinage of the term Selfie is as important as the subject it comes to herald. Isn’t it? And what could be better than one of India’s most commonly sought actors capturing a candid snap of himself and doing something as simple as posting it on the Social Media (the dominant theme of our times)? This is something that can be held true for superstar sensations such as Mr. Hrithik Roshan- our own Mr. A (Dhoom 2) and Akbar (Akbar Jodha), especially in the wake of Hrithik’s recent update.

In an age where things like the Instagram are as popular as they are generation-defining, Hrithik Roshan put a group selfie on the famous photo-posting platform where he can be seen as the handsome highlight in a picture where there are 2 other men, all of them posing smilingly for a simple selfie, albeit from inside a pool of water.

A popular news platform captured the essence of the picture stating:

Hrithik, who is currently in Dubai, can be seen holding a selfie stick with Mayur Shettigar and Swapneel Hazare posing with him. Sharing the selfie, Hrithik Roshan wrote: “Men at sea.”

Needless to say, within minutes of the famous Zindagi Na Milegi Dobara actor posing with his friends and posting the now-famous picture on social media, the image snowballed into being a kind of sensation where countless reactions stormed in from all directions, men and women swooning jointly on a man who’s hard to avoid. 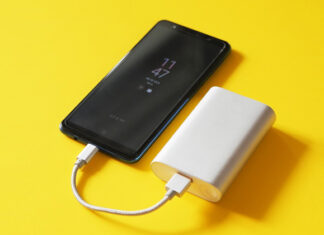 Akash Saini -
Should you completely discharge your battery before charging? Is it harmful to the battery if you leave the phone on the charging...