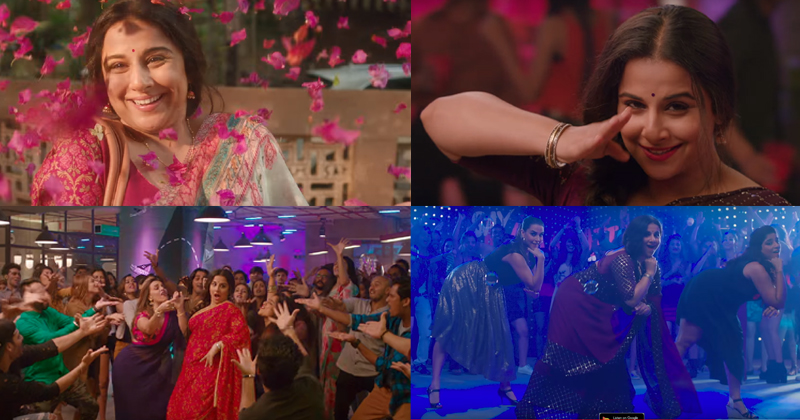 We all remember the iconic Hawa Hawai song by Sridevi that perfectly encapsulated the true identity of Sridevi and her character for her fans. So, when we got to know that Sridevi’s iconic number would be back in the form of Hawa Hawai 2.0 and would be picturised on Vidya Balan, we all were a bit skeptical. However, all your doubting could be put on rest, as Tumhari Sulu does an excellent job with Hawa Hawai 2.0.

The makers of Tumhari Sulu have decided to retain the unmistakable vocals of Kavita Krishnamurthy in the revival. In addition to the original vocals, we got a kick of some super sick beats to recreate, yet, intact the essence of the song.

Balan seems to be the perfect person for this Hawa Hawai 2.0 renewal. Her character is as quirky as Sridevi’s character in Mr. India which makes the entire refurbishment a fun watch.

Apart from the song, the visuals of the song are also amazing and can instantly light up anyone’s mood.

The recreation and programming of Hawa Hawai 2.0 have been done by Tanishk Bagchi, while the addition vocals are given by Shashaa Tirupati. The song also features Neha Dhupia and RJ Malishka.

Tumhari Sulu is directed by Suresh Triveni and is slated to release on 1st December 2017.