‘Beat Pe Booty’ Challenge is viral on social media and seems like everyone in wants to win this challenge. The Tiger Shroff starrer movie has been released already but the ‘Beat Pe Booty’ Challenge is still a rage among people. Even our TV and Bollywood stars are accepting the challenge and nailing it. After the greek god, Hrithik Roshan, Varun Dhawan, KRK and many more accepted the challenge, an old video of Nana Patekar synced with the Booty song came and it became a straight winner of this challenge.

A lot more videos came but they could not surpass the awesomeness of Nana’s video and believe us some of them were hot as hell!!

If you find it hard to believe, we have two latest videos of sexy divas who are slaying the challenge yet Nana is a winner.

The first video is, of a new bee who is neither a TV actor nor a Bollywood star but she is still nailing it with her killer dance moves.

Meher Malik who is India’s famous belly dancer has accepted this challenge and moved her Booty to it. The dancing diva nailed it with her kick ass belly dance.

She shared her Booty challenge on Instagram and clearly won among the other TV actors.

Here is Krishna Mukherjee’s video dancing to the tunes of Booty song.

Now, you are thinking that both the videos were hot enough to light the fire but wait till you watch Nana Patekar’s video as it will take you to an entirely different world of entertainment and you will agree that he is the clear winner of this challenge. 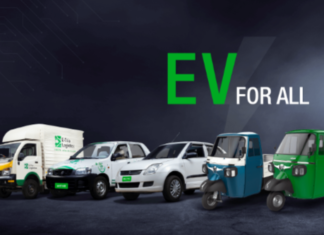