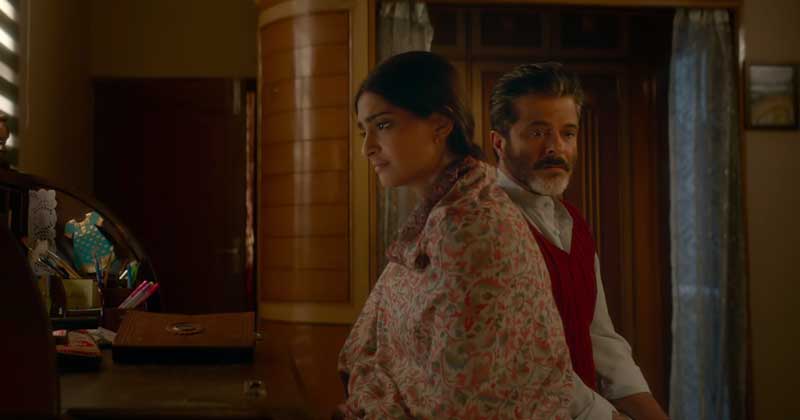 If there’s one man in Bollywood that can give any actor in the world a run for their money in terms of looking fine as a wine, in their 60s, then it has to be our beloved Anil Kapoor. Mr. India actor is literally reversing his age with every year, even though makers keep on enforcing beards and salt n pepper looks on him, he makes everything work for himself.

This is pretty evident in the latest ‘Ek Ladki Ko Dekha Toh Aisa Laga’ teaser in which Anil Kapoor and Sonam Kapoor recreate their real-life rapport on screen and look absolutely amazing. This is the first time when the two would be seen on-screen which is pretty interesting to witness.

ELKDTAL is said to be a romance and family drama which revolves around Sonam’s character’s wedding. The teaser is filled with some heart-warming snippets from the movie that makes the entire thing look so good and an absolute must watch.

Sonam’s love interest in the movie is Rajkummar Rao, whereas, the role of her mother is played by Juhi Chawla who’s coming back with Anil Kapoor after 11 years. They were last seen together in Salaam-E-Ishq, where they played a husband and wife.

The film has a very Punjabi feel to it, along with various shots of Gurudwaras and yellow mustard fields. The movie has originally been shot in Patiala, to give it a true blue essence of the character.