Ek Do Teen: Jacqueline Fernandez Looks Amazing, But It’s The Music That Failed To Impress Us

Ever since the news of Jacqueline Fernandez doing a renditioned version of Ek Do Teen broke out, people went nuts over it. Everyone wanted to see Jacqueline mastering the art of “Mohini” and Madhuri Dixit for the 90s super-hit number. And, today, as the song officially releases, it seems like Jacqueline has done a brilliant job, however, it’s the composers who failed at their work. 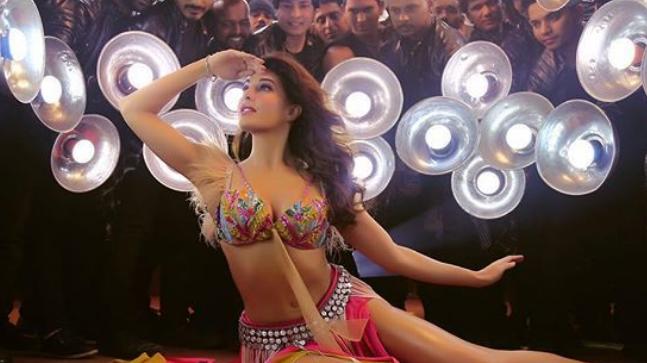 This rendition looks more like a remix than a rendition with added beats, sound effects and beat drops in the background.

Let’s get back to Jacqueline for a minute though, the new-age Mohini looks absolutely stunning on screen. We all are aware of Jacqueline’s ability to look both cute and hot at the same time, and the same can be seen in Ek Do Teen. From the hook step to her dance steps, everything looks just perfect for the song. Along with that, can we just take a minute to be thankful for Jacqueline’s hot-ass abs for the song, she literally has muscles in muscles, something she worked too much for.

Ek Do Teen: Baaghi 2: Watch the video over here:

Apart from Jacqueline Fernandez, Prateik Babbar, who’s also a part of Baaghi 2 cast, can be seen in the video.

Now, let’s discuss the entire music brigade. The makers of Ek Do Teen decided to bring in as many similarities between old and the new version, as possible. They decided to substitute Alka Yagnik’s voice for Shreya Ghoshal’s, but what failed the entire equation was the remixing done to the song. There was just too much happening in the music department and that’s what didn’t work for the entire song.

Ek Do Teen is a tribute to Bollywood’s original Mohini, aka, Madhuri Dixit who has for years ruled our hearts with her iconic dance ever since she made her debut in 1988 film Tezaab and its track “Ek Do Teen.”

Baaghi 2 has Tiger Shroff and Disha Patani in lead roles and is directed by Ahmed Khan. The film is slated to release on March 30.