Dilip Kumar: 11 Iconic Dialogues Of Him That Sum The Excerpt Of Life!

Dilip Kumar aka Muhammad Yusuf Khan is leading a retired life now but back then he was a brilliant actor who was known for his control over language and finest dialogue delivery. He is still remembered as one of the most influential actors of his time. His acting skills were so proficient that was given the title of “the ultimate method actor” by Satyajit Ray. He was a pioneer of method acting and often compared to Hollywood method actors. His flawless performances made him one of the biggest Indian movie stars.

Fondly known as Dilip Saab in the movie fraternity, debuted as an actor in the film Jwar Bhata in 1944. From his very first movie, he proved his worth and his career started to expand. He has worked in the Indian movie industry for six decades and acted in over 65 movies. Dilip Kumar was initially famous for his romantic roles in the movies such as  Andaz, Babul, Deedar, Aan, Devdas, Mughal-e- Azam and many more. He was dedicated to making his performances better to the extent that he would re-write his scenes to make them appear natural on the screen. It is said that this greatest actor doesn’t only had an influence on the actors but also inspired a lot of directors and writers.

In 1976, Dilip Kumar decided to take a halt from movies as his growing age was making it impossible for him to fit in young roles. After a break of 5 years, he started his second innings and out-shined every role. He is also known as a tragedy king in Bollywood for portraying the character of lost lovers in his movies, especially in Devdas.

In 1998 he acted in the last film of his career, Qila and retired. It;s a lesser known fact that other than movies, he is a fan of literature, poetry, and politics.

For over 6 decades, Dilip Kumar entertained, moved and lived each of his characters naturally, his dialogue delivery still paints a picture of an exceptional actor in the minds of the audience. Although, he had superintended to project every dialogue of his career to the perfection, yet some of them are pure life lessons.

Here we have compiled a list of such dialogues that are close to the reality of life! 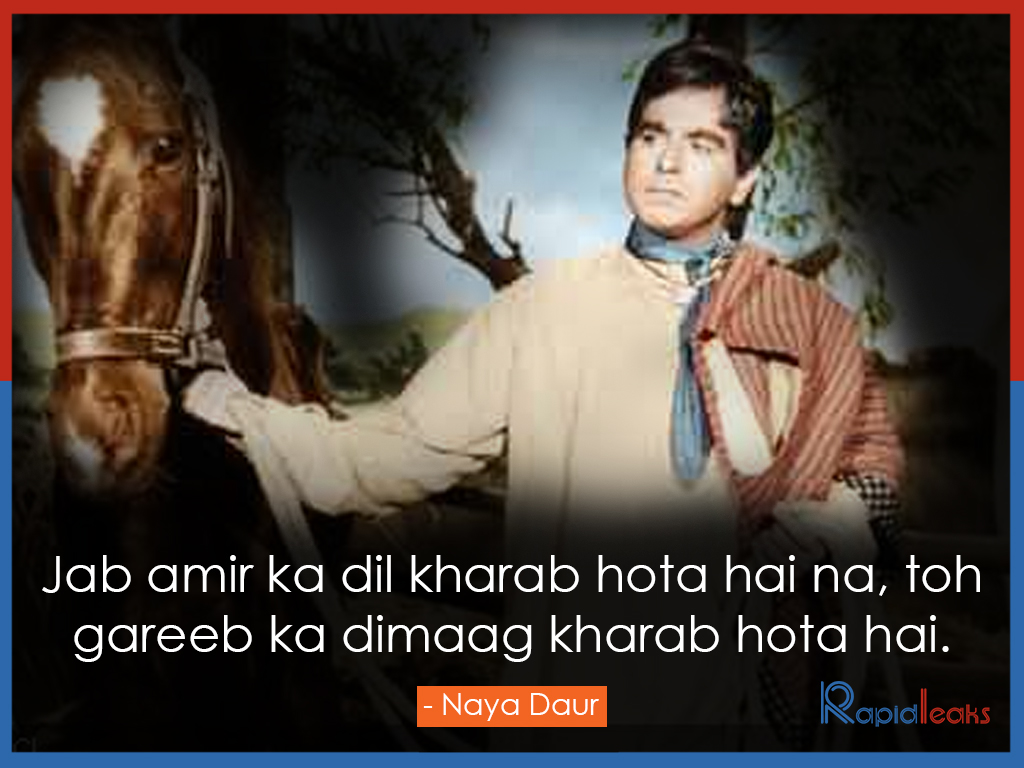 2. The Dilemma Of Recent Generations! 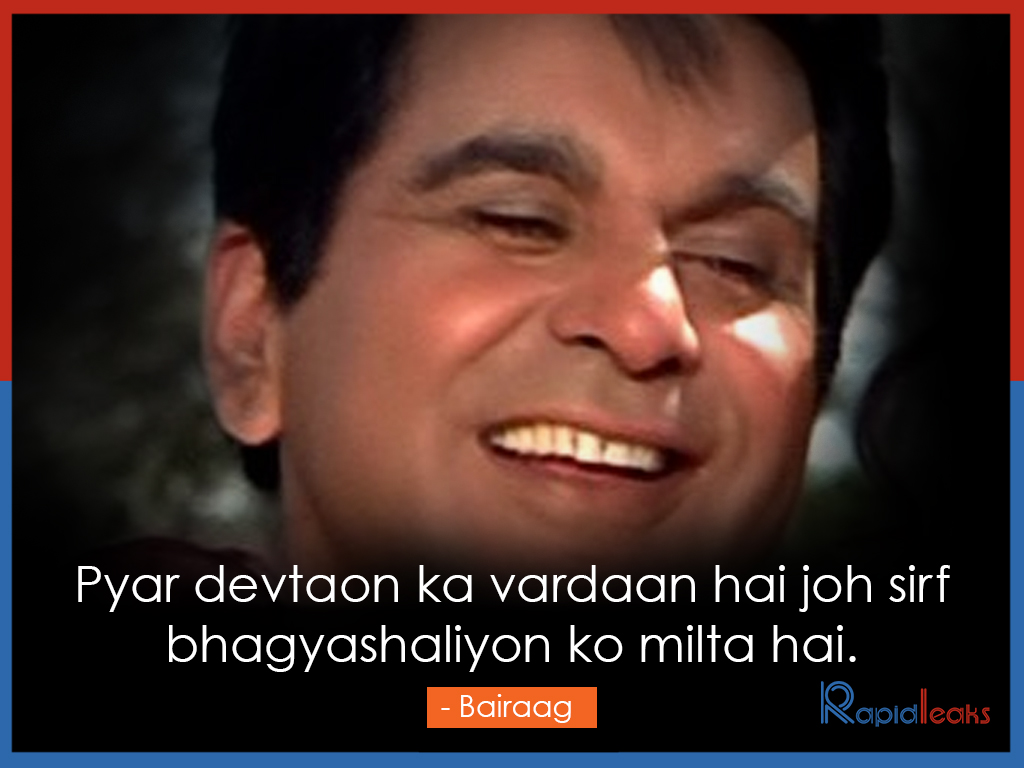 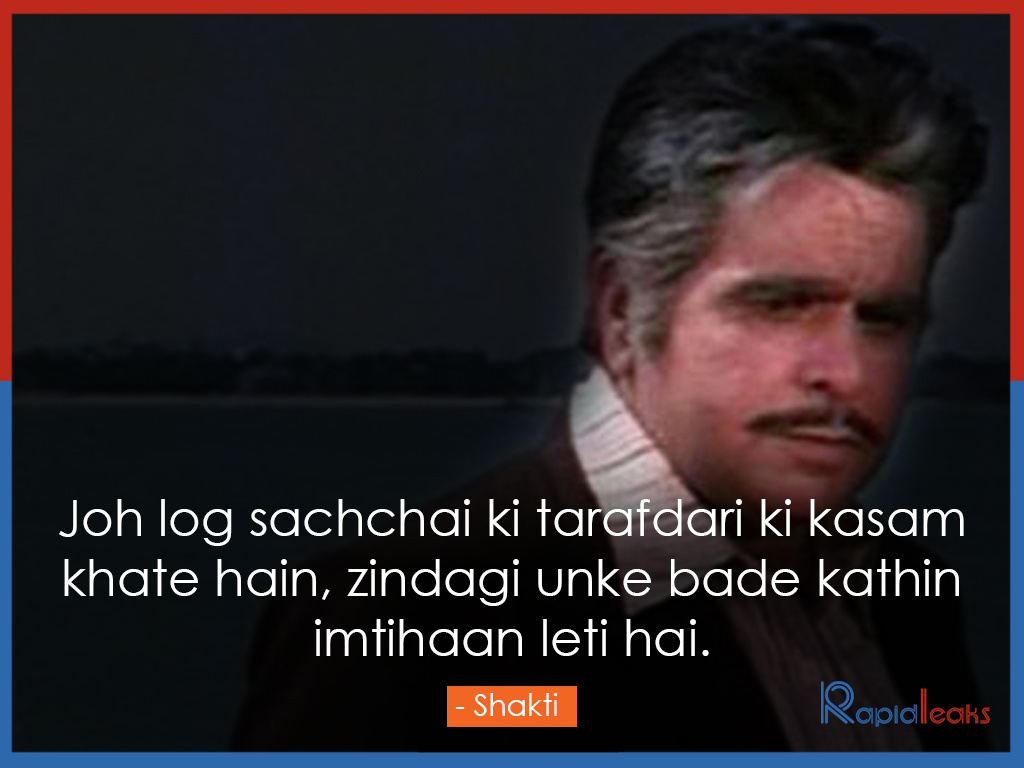 4. We All Are The Children Of God! 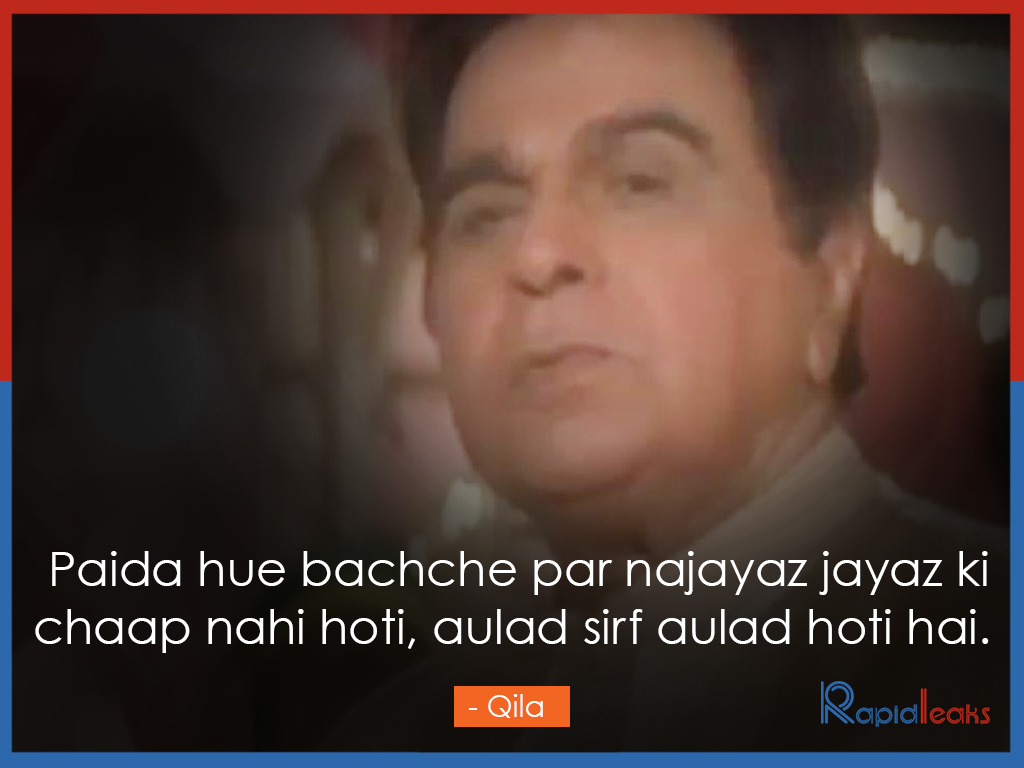 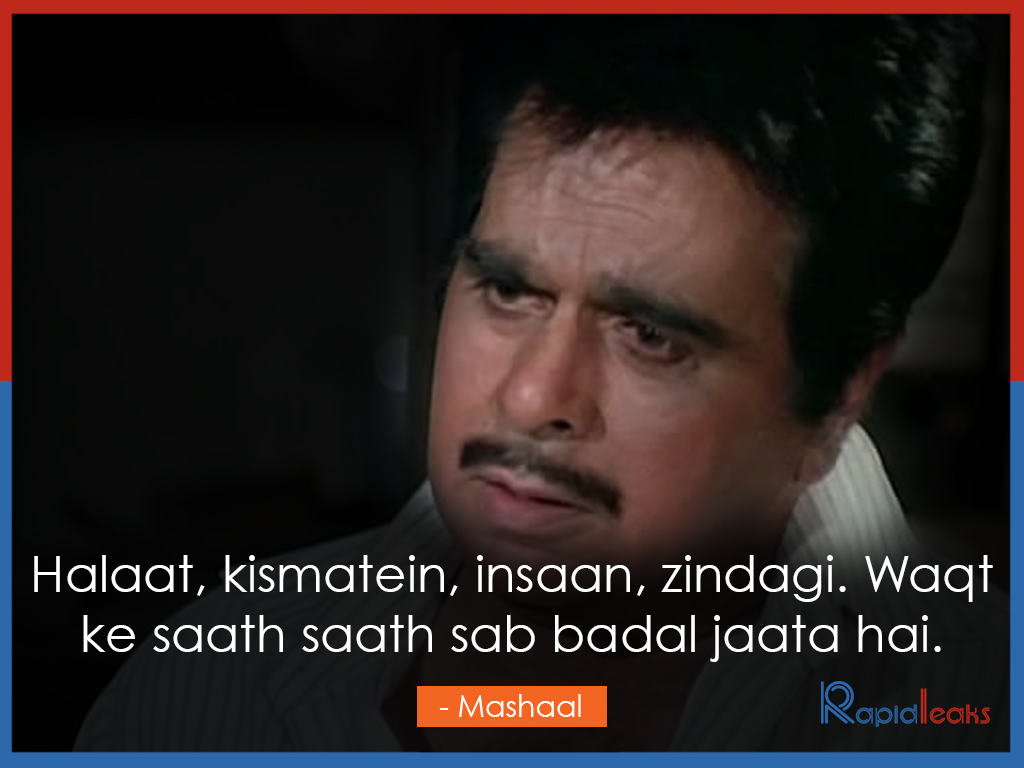 6. That’s How You Become Merciless! 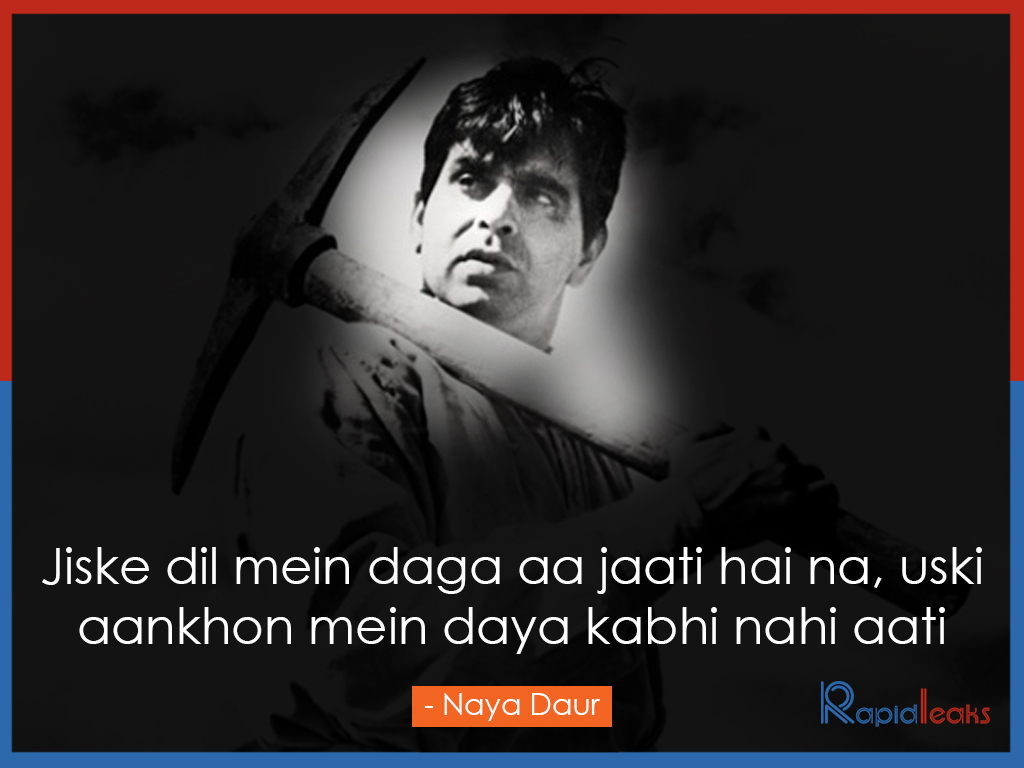 7. You Can Totally Relate To It! 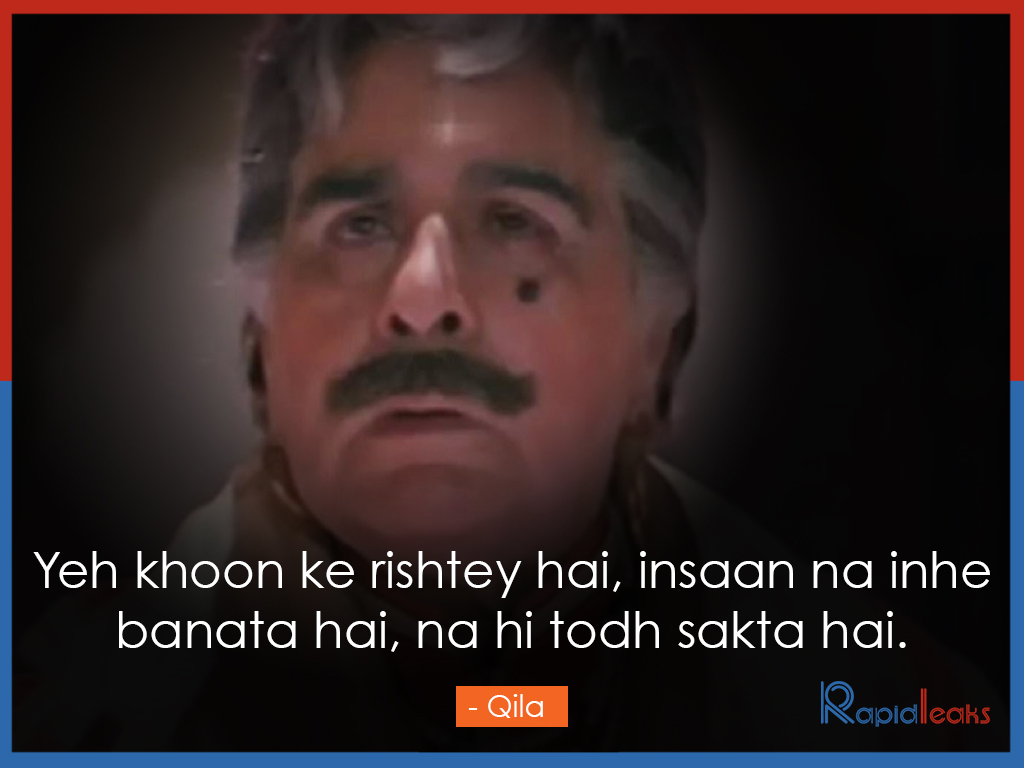 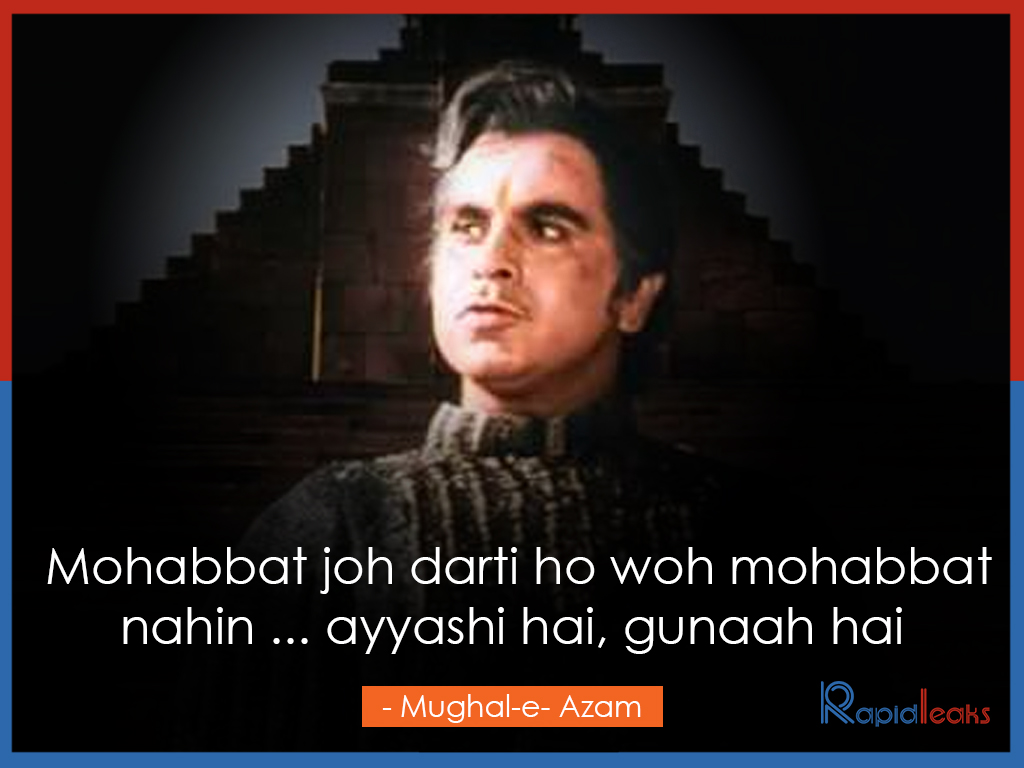 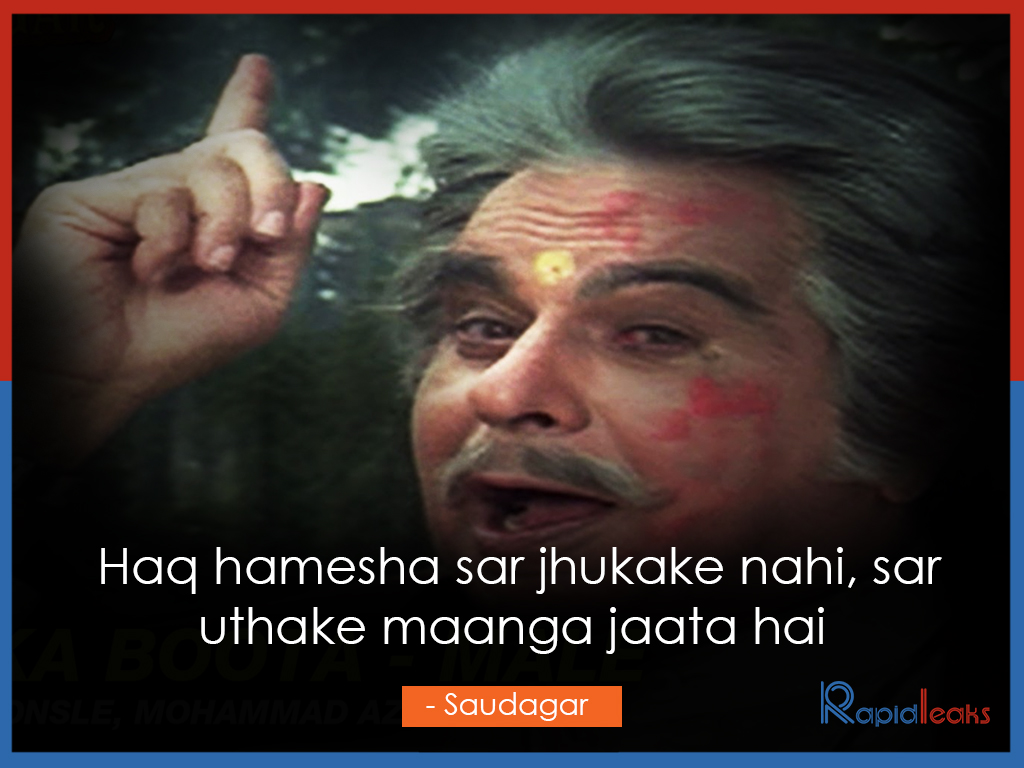 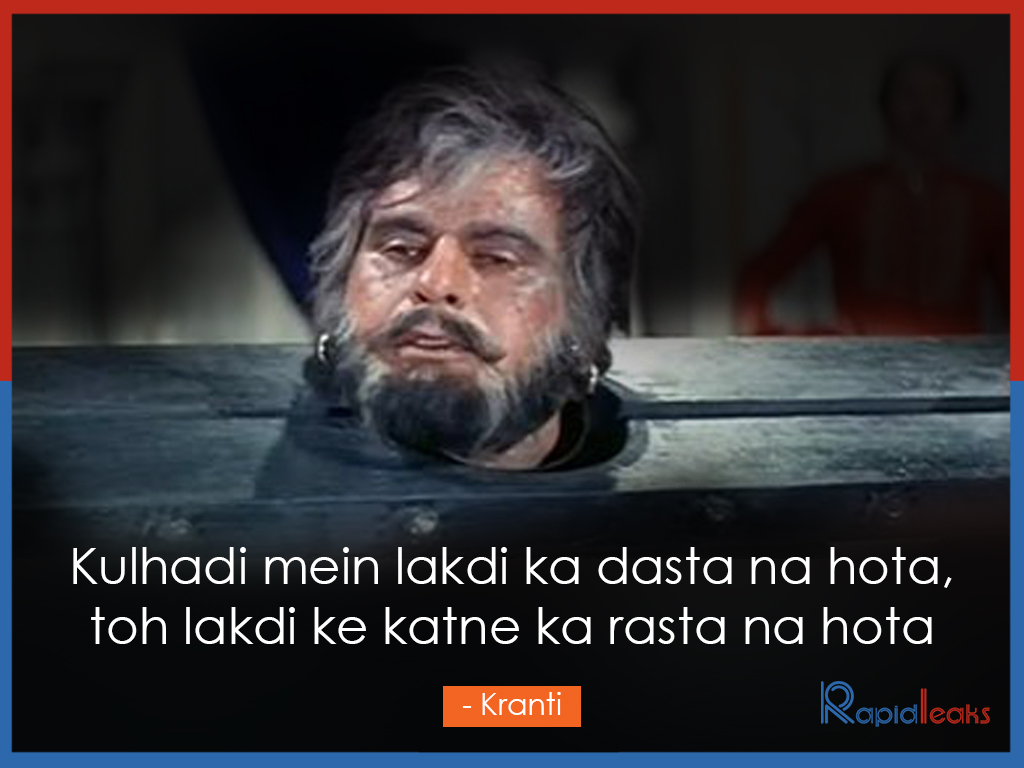 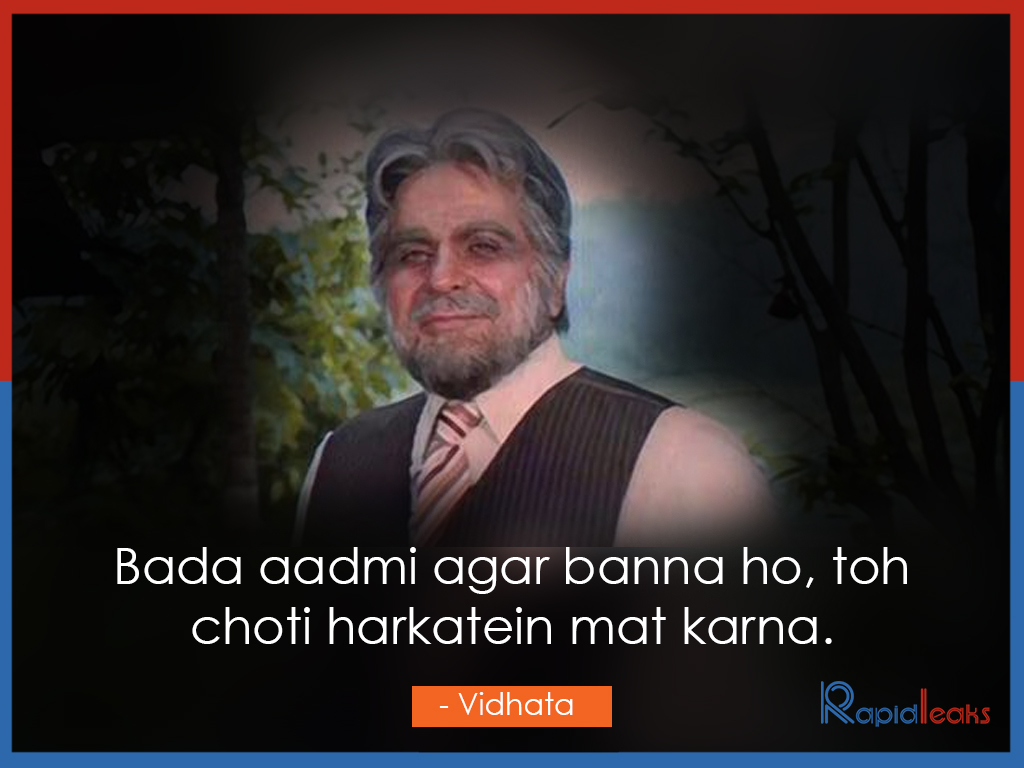 Dilip Kumar is 94-years-old now and he may appear as a relic from the past but these dialogues of him are the living proof that he will remain one of the most prized possessions of Hindi Cinema.