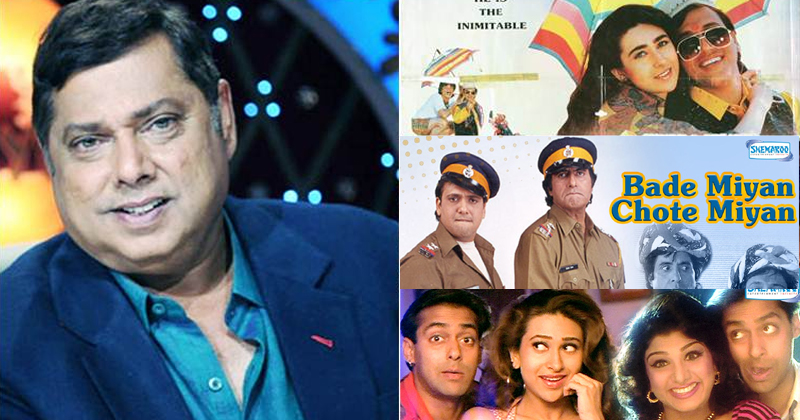 David Dhawan has been one of the best filmmakers of Bollywood who has given some of most hilarious movies to his audience.

David Dhawan has been making movies since the late 80s and his work has stood the test of time. Many still love to binge on the works of David Dhawan, in order to get over something bad. His movies can make anyone laugh, at possibly any time.

He is one of the elements behind Govinda being the King of Comedy, that he is today, and would possibly be, till the end of time. It was David Dhawan who brought Govinda into the Comedy genre of Bollywood and the rest is history. From the No. 1 series to the upcoming Judwaa 2 (that David Dhawan is making with his son, Varun Dhawan in the lead), he has been going strong. While there’s not much story in David Dhawan’s movies, its the funny aspects of the films that work for themselves. One can simply watch them and forget about everything else.

So, on David Dhawan’s birthday, we decided to bring some of the most amazing movies made by him that can uplift your mood in no time.

Thanks for existing David Dhawan, because had you not been there, we would never be able to come across some of the finest comedies in Bollywood with Govinda.