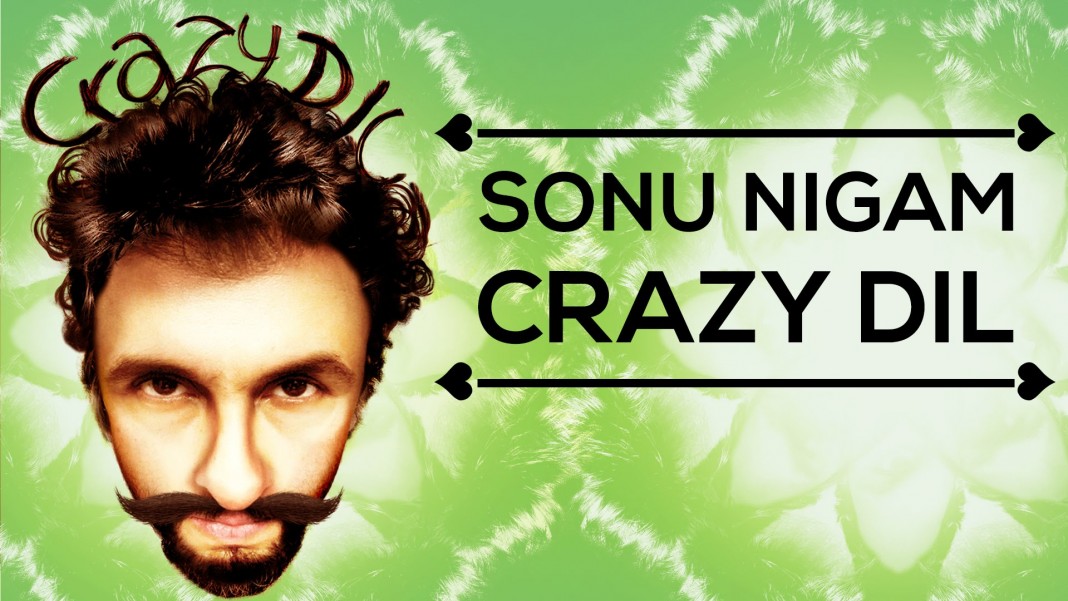 Sonu Nigam recently won a million hearts with his video ‘The Roadside Ustaad‘ and now he is setting the fire in many hearts with his much awaited single ‘Crazy Dil‘. A digital media company released the song on their digital channel ‘Being Indian Music‘ and it will make you hit the dance floor in a go.

Crazy Dil is a humping number sung by Sonu Nigam that features not only his close friends from the industry in cameos including Farah Khan, Kailash Kher, Sunil Singh Grover and Rajkumar Hirani but also features Junior Nigam, Nevaan in the end of the video. The video is bubbly and quirky and the all new cool avatar of Sonu Nigam will leave awestruck.

Sonu is looking younger than ever and his energetic performance will make you wonder will he ever age or keep increasing the heartbeats of his female fans with his killer looks.

The song is directed by Sonal Batra, the video features Farah, Sunil, and Kailash in never seen before avatars, where Farah is playing a role of a ringmaster, Sunil is appearing as Zombie, Kailash Kher is sweating out in the Gym and Raj Kumar Hirani is playing usual director self. Natalie Di Luccio is there winning hearts as an Egyptian queen in one of the sequences in the song but the cutest moment of the song is when Sonu’s son makes a special appearance at the end of Crazy Dil as Junior Sonu.

Of course not to mention Sonu’s evergreen melodious voice makes the song way more likable and we are bound to say that his charm will never be out of our heart.