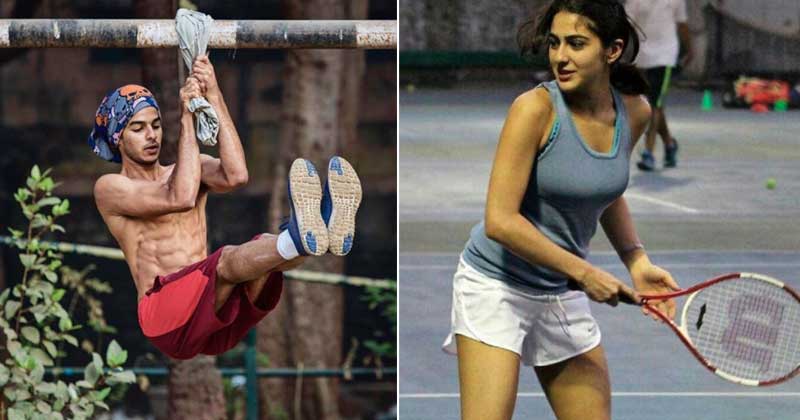 Bollywood welcomes many new talents every year, some actually pave their way to the success, where others stay behind to work their way out later. Whatever the case would be Hindi Cinema industry does give a chance to everyone. While there was a lot of fuss about nepotism in Bollywood, the fact is that if you don’t have talent you will not sustain for long.

No matter how big or important your surname is, we mean, no offense, but, Abhishek Bachchan, Tushar Kapoor, and Uday Chopra are few examples that surname works out only when you are talented or you have literally made a deal with luck to be on your side.

This year there are many star kids and celebs are making their debut in Bollywood and here are some of the most important of them all.

Bearing the flag of the father of Nepotism, Karan Johar is launching the daughter of Sri Devi this year with his movie “Dhadak”.

The grandson of Dharmendra and son of Sunny Deol, Karan is all set to make his debut on the silver screen this year. He is starring in “Pal Pal Dil Ke Paas”.

The daughter of Chunky Pandey is stepping into Bollywood in the movie of none other than Karan Johar. Ananya will Acast as a lead actress in “Student Of The Year 2”.

Popular TV actress Ankita is already known for her tremendous work in Hindi drama serial, Pavitra Rishta. She is making her debut with “Manikarna: The Queen Of Jhansi” in 2018.

The daughter of Saif Ali Khan and Amrita Singh, Sara is making her Bollywood debut with the movie of Abhishek Kapoor. She is starring in “Kedarnath”.

The actress has already one heart with her serials, Naagin and Naagin 2. She has already done an item number in Tum Bin 2. Mauni is debuting in Bollywood with “Gold”.

The famous model will be seen on silver screen in “October”. Sujit Sircar is directing the movie and Varun Dhawan stars as the male lead in it.

Remember Bhagyashree, the innocent girl in Maine Pyaar Kiya? Abhimanyu is her son and he is debuting with “Mard Ko Dard Nahi Hota” in Bollywood in 2018.

Director Anil Sharma who have directed many movies including Elaan-E-Jung, Farishtay, Tahalka, and Apne, is launching his son in Bollywood with “Genius”.

Ishan is the brother of Shahid Kapoor and he is starring in Karan Johar’s “Student Of The Year 2” in 2018.

All these debutants come either from a strong celebrity family or a great acting past. Like every year we need to wait and watch luck works out for how many of them. Which one of these biggest Bollywood Debuts is your favourite?