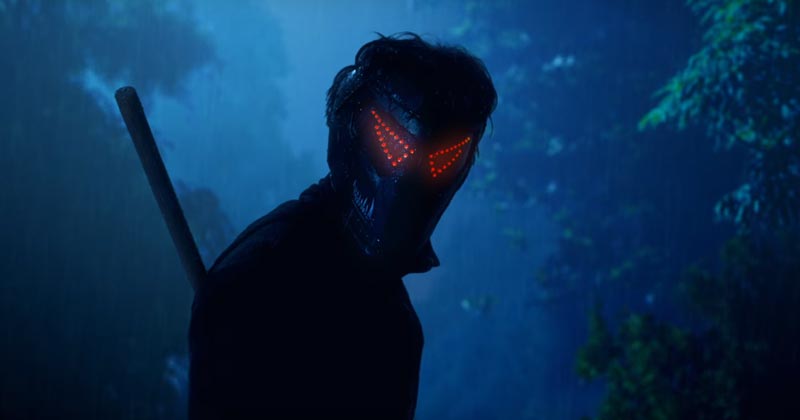 Superhero movies are selling like hotcakes in the Hollywood which is why every year a minimum of 3 hit the theatres, and now even Bollywood is entering the list. Though there’s not a long list in the category, there’s atleast one that’s might be marking the debut in Bollywood.

Bhavesh Joshi Superhero’s first look was released by the makers in the morning, and it was well-received by the viewers and now, the makers have released a full-blown Bhavesh Joshi Superhero teaser of the film. The 1 minutes 25 seconds long teaser is a short ride into the world of Bhavesh Joshi but never even once does the viewers get a chance to look at the protagonist, Harshvardhan Kapoor. His voice and a couple of action sequences were chosen to be the first look of the movie and it definitely appears interesting.

From the looks of the Bhavesh Joshi Superhero teaser, it appears that the movie is about a mask-cladded vigilante who stays in the dark to fight the battle against the bad in and of our society.

The movie is directed by Vikramaditya Motwane, who while praising Harshvardhan said, “He is such a passionate actor and person. I had a great time. I am really excited about the film. It turned out really well.”

Though there are many sequences in the teaser that might remind one of Hollywood superhero movies, we just hope that Bhavesh Joshi Superhero is a good movie and not just a mockery in the face of superhero movies.

Harshvardhan Kapoor debuted in Bollywood with Om Prakash Mehra’s Mirzya that tanked at the box office. However, now he has some pretty good projects in his bag. Apart from Bhavesh Joshi Superhero, Kapoor will also be seen in Abhinav Bindra’s biopic.