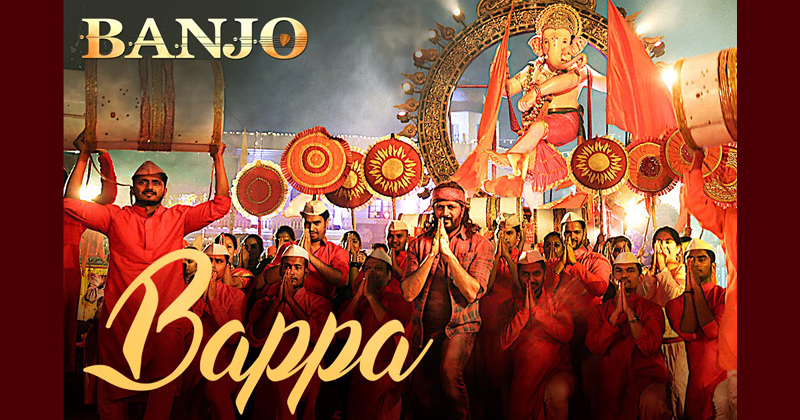 “Bappa” is the new song released from Riteish Deshmukh’s upcoming musical “Banjo” and it is ultimately overwhelming. We have seen so many “Ganesh Aarti” in Bollywood till now but this one has its own unique charm. “Bappa” is not only about “Ganesha” but also about the devotion towards lord “Ganesha” as well as music. Riteish Deshmukh and his band is playing a mix of “Banjo” with semi rock drum and guitar and that is what makes “Bappa” stand out from other “Ganesha” songs of Bollywood.

Now we have already seen in the trailer of the movie that Riteish and his band members, who are just a bunch of talented people from slum wants to be the part of big music industry but they so called cream class people of high society and their not so important rules stand against the dream of these musicians. Well the music of “Bappa” clearly states that this movie holds a lot more than what we have thought and we can expect more musically drooling songs before Banjo’s release.

The conventional expressions of Riteish is giving him a pure rockstar look and that is making him look hotter than ever. Sung in a powerful voice of Vishal Dadlani, the music of the song is composed by Vishal and Shekhar. The lyrics of “Bappa” are carved beautifully by Amitabh Bhattacharya.

Directed by Ravi Jadhav, “Banjo” is openings in theatres on 23 September 2016.